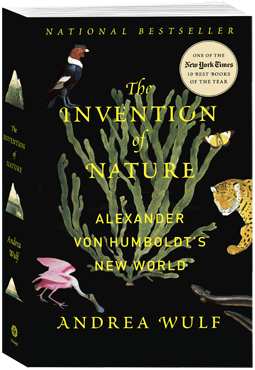 Finalist of the Andrew Carnegie Medal for Excellence in Nonfiction

“Vivid and exciting…. Wulf’s pulsating account brings this dazzling figure back into a dazzling, much-deserved focus.” —The Boston Globe

Alexander von Humboldt (1769-1859) was the most famous scientist of his age, a visionary German naturalist and polymath whose discoveries forever changed the way we understand the natural world. Among his most revolutionary ideas was a radical conception of nature as a complex and interconnected global force that does not exist for the use of humankind alone. In North America, Humboldt’s name still graces towns, counties, parks, bays, lakes, mountains, and a river. And yet the man has been all but forgotten.

In this illuminating biography, Andrea Wulf brings Humboldt’s extraordinary life back into focus: his prediction of human-induced climate change; his daring expeditions to the highest peaks of South America and to the anthrax-infected steppes of Siberia; his relationships with iconic figures, including Simón Bolívar and Thomas Jefferson; and the lasting influence of his writings on Darwin, Wordsworth, Goethe, Muir, Thoreau, and many others. Brilliantly researched and stunningly written, The Invention of Nature reveals the myriad ways in which Humboldt’s ideas form the foundation of modern environmentalism—and reminds us why they are as prescient and vital as ever. 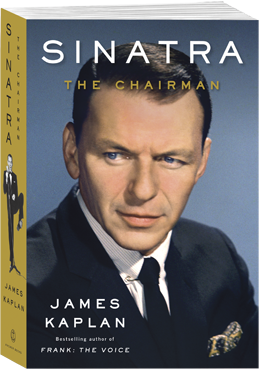 “[A] magisterial biography…of a massive and unforgettable talent.” —The Washington Post

The story of Frank Sinatra’s second act, Sinatra finds the Chairman on top of the world, riding high after an Oscar victory—and firmly reestablished as the top recording artist of his day. Following Sinatra from the mid-1950s to his death in 1998, Kaplan uncovers the man behind the myth, revealing by turns the peerless singer, the (sometimes) powerful actor, the business mogul, the tireless lover, and—of course—the close associate of the powerful and infamous. It was in these decades that the enduring legacy of Frank Sinatra was forged, and Kaplan vividly captures “Ol’ Blue Eyes” in his later years. The sequel to the New York Times best-selling Frank, here is the concluding volume of the definitive biography of “The Entertainer of the Century.” 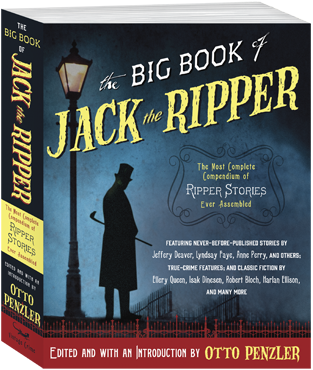 Of all the real-life serial killers whose gruesome deeds have splashed across headlines throughout human history, few have reached the near-mythical status of Jack the Ripper. Terrorizing the world with a rash of violent murders in London’s East End in the fall of 1888, Saucy Jack seemed to vanish just as quickly, leaving future generations to speculate upon the Ripper’s identity and whereabouts—and living on in some of the most spectacularly unnerving fiction and nonfiction ever written. Collected here, for the first time ever, are 41 tales featuring the infamous slasher, from classics by Marie Belloc-Lowndes, Robert Bloch, and Ellery Queen to never-before-seen stories by contemporary masters Jeffery Deaver, Loren D. Estleman, Lyndsay Faye, and many more. Also featured in this volume are essential true-crime artifacts of Jack the Ripper lore, including genuine witness statements, autopsy reports, contemporary news articles, and astonishing theories from the world’s foremost Ripperologists—as is only proper for a case that is truly as chilling as fiction. 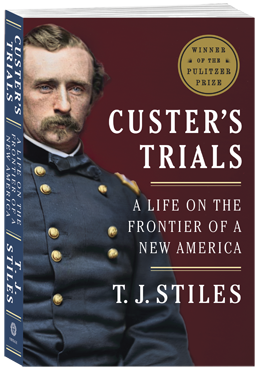 Winner of the Western Writers of America Golden Spur Award

“A biography of stunning richness and sophistication.” —The Boston Globe

In this magisterial biography, T. J. Stiles paints a portrait of Custer both deeply personal and sweeping in scope, proving how much of Custer’s legacy has been ignored. He demolishes Custer’s historical caricature, revealing a capable yet insecure man, intelligent yet bigoted, passionate yet self-destructive, a romantic individualist at odds with the institution of the military (court-martialed twice in six years) and the new corporate economy, a wartime emancipator who rejected racial equality. Stiles argues that, although Custer was justly noted for his exploits on the western frontier, he also played a central role as both a wide-ranging participant and polarizing public figure in his extraordinary, transformational time—a time of civil war, emancipation, brutality toward Native Americans, and, finally, the Industrial Revolution—even as he became one of its casualties. Intimate, dramatic, and provocative, this biography captures the larger story of the changing nation. It casts surprising new light on one of the best-known figures of American history, a subject of seemingly endless fascination. 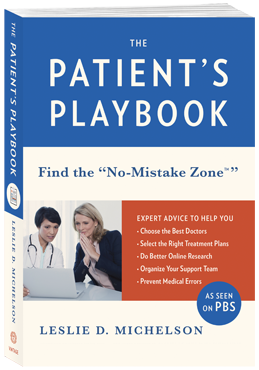 One of AARP Magazine’s Top Ten Books of the Year

Too many Americans die each year as a result of preventable medical error—mistakes, complications, and misdiagnoses. And many more of us are not receiving the best care possible, even though it’s readily available and we’re entitled to it. The key is knowing how to access it.

The Patient’s Playbook is a call to action. It will change the way you manage your health and the health of your family, and it will show you how to choose the right doctor, coordinate the best care, and get to the No-Mistake Zone in medical decision making. Leslie D. Michelson has devoted his life’s work to helping people achieve superior medical outcomes at every stage of their lives. Michelson presents real-life stories that impart lessons and illuminate his easy-to-follow strategies for navigating complex situations and cases.

The Patient’s Playbook is an essential guide to the most effective techniques for getting the best from a broken system: sourcing excellent physicians, selecting the right treatment protocols, researching with precision, and structuring the ideal support team. Along the way you will learn:

Why having the right primary care physician will change your life

How to protect yourself from unnecessary and dangerous treatments

This book will enable you to become a smarter health care consumer—and to replace anxiety with confidence. 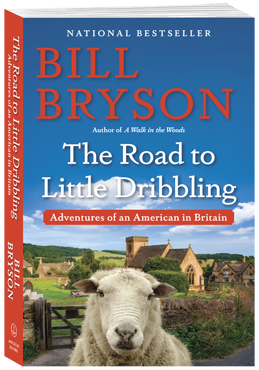 From the author of A Walk in the Woods

In 1995, Iowa native Bill Bryson took a motoring trip around Britain to explore that green and pleasant land. The uproarious book that resulted, Notes from a Small Island, is one of the most acute portrayals of the United Kingdom ever written. Two decades later, Bryson—now a British citizen—set out again to rediscover his adopted country. In these pages, he follows a straight line through the island—from Bognor Regis to Cape Wrath—and shows us every pub, stone village, and human foible along the way.

Whether he is dodging cow attacks in Torcross, getting lost in the H&M on Kensington High Street, or—more seriously—contemplating the future of the nation’s natural wonders in the face of aggressive development, Bryson guides us through the old and the new with vivid detail and laugh-out-loud humor. Irreverent, endearing, and always hilarious, The Road to Little Dribbling is filled with Bill Bryson’s deep knowledge and love of his chosen home.