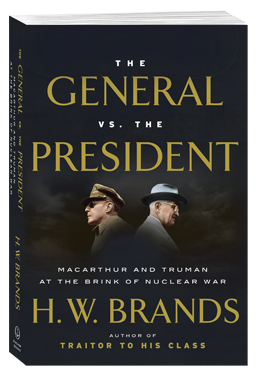 At the height of the Korean War, President Harry S. Truman committed a gaffe that sent shock waves around the world. When asked by a reporter about the possible use of atomic weapons in response to China’s entry into the war, Truman replied testily, “The military commander in the field will have charge of the use of the weapons, as he always has.” This suggested that General Douglas MacArthur, the willful, fearless, and highly decorated commander of the American and U.N. forces, had his finger on the nuclear trigger. A correction quickly followed, but the damage was done; two visions for America’s path forward were clearly in opposition, and one man would have to make way.

Truman was one of the most unpopular presidents in American history. Heir to a struggling economy, a ruined Europe, and increasing tension with the Soviet Union, on no issue was the path ahead clear and easy. General MacArthur, by contrast, was incredibly popular, as untouchable as any officer has ever been in America. The lessons he drew from World War II were absolute: appeasement leads to disaster and a showdown with the communists was inevitable–the sooner the better. In the nuclear era, when the Soviets, too, had the bomb, the specter of a catastrophic third World War lurked menacingly close on the horizon.

The contest of wills between these two titanic characters unfolds against the turbulent backdrop of a faraway war and terrors conjured at home by Joseph McCarthy. From the drama of Stalin’s blockade of West Berlin to the daring landing of MacArthur’s forces at Inchon to the shocking entrance of China into the war, The General and the President vividly evokes the making of a new American era. 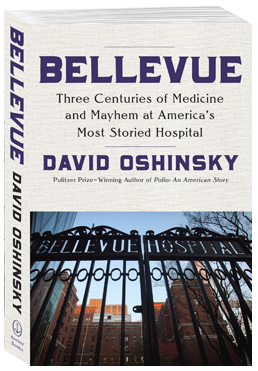 “Brilliant and deliciously readable…. The story of Bellevue, Oshinsky convincingly demonstrates, is the story of modern medicine, of New York City, and of America itself.”
—The Boston Globe

Bellevue Hospital, on New York City’s East Side, occupies a colorful and horrifying place in the public imagination: a den of mangled crime victims, vicious psychopaths, assorted derelicts, lunatics, and exotic-disease sufferers. In its two and a half centuries of service, there was hardly an epidemic or social catastrophe—or groundbreaking scientific advance—that did not touch Bellevue.

David Oshinsky, whose last book, Polio: An American Story, was awarded a Pulitzer Prize, chronicles the history of America’s oldest hospital and in so doing also charts the rise of New York to the nation’s preeminent city, the path of American medicine from butchery and quackery to a professional and scientific endeavor, and the growth of a civic institution. From its origins in 1738 as an almshouse and pesthouse, Bellevue today is a revered public hospital bringing first-class care to anyone in need. With its diverse, ailing, and unprotesting patient population, the hospital was a natural laboratory for the nation’s first clinical research. It treated tens of thousands of Civil War soldiers, launched the first civilian ambulance corps and the first nursing school for women, pioneered medical photography and psychiatric treatment, and spurred New York City to establish the country’s first official Board of Health.

As medical technology advanced, “voluntary” hospitals began to seek out patients willing to pay for their care. For charity cases, it was left to Bellevue to fill the void. The latter decades of the twentieth century brought rampant crime, drug addiction, and homelessness to the nation’s struggling cities—problems that called a public hospital’s very survival into question. It took the AIDS crisis to cement Bellevue’s enduring place as New York’s ultimate safety net, the iconic hospital of last resort. Lively, page-turning, fascinating, Bellevue is essential American history. 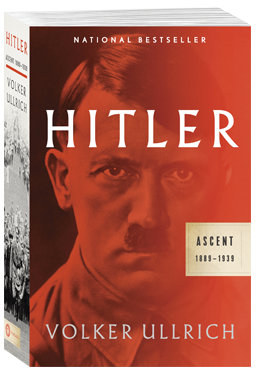 Volker Ullrich’s Hitler, the first in a two-volume biography, has changed the way scholars and laypeople alike understand the man who has become the personification of evil. Drawing on previously unseen papers and new scholarly research, Ullrich charts Hitler’s life from his childhood through his experiences in the First World War and his subsequent rise as a far-right leader. Focusing on the personality behind the policies, Ullrich creates a vivid portrait of a man and his megalomania, political skill, and horrifying worldview. Hitler is a landmark biography with unsettling resonance in these times.

“Thoroughly recommended…. A most worthwhile addition to the voluminous literature on the man.”
—The Wall Street Journal 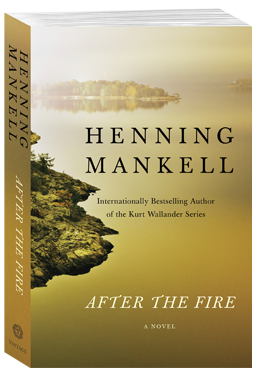 Fredrik Welin is a former surgeon who retired in disgrace decades earlier to a tiny island on which he is the only resident. He has a daughter he rarely sees and his mailman Jansson is the closest thing he has to a friend, and to an adversary. He is perfectly content to live out his days in quiet solitude.

One autumn evening, he is startled awake by a blinding light–only to discover that his house is on fire. With the help of Jansson, he escapes the flames just in time wearing two left boots. Dawn reveals that everything he owns is now a smoldering pile of ash and his house is destroyed–forcing him to move into an abandoned trailer on his island. A local journalist, Lisa Modin, who wants to write a story about the fire, comes into his life. In doing so, she awakens in him something that he thought was long dead. Soon after, his daughter comes to the island with surprising news of her own. Meanwhile, the police suspect Fredrik of arson because he had a sizable insurance claim on his house. When Fredrik is away from the archipelago, another house goes up in flames and the community realizes they have an arsonist in their midst. After the Fire is an intimate portrait of an elderly recluse who is forced to open himself up to a world he’d left behind.