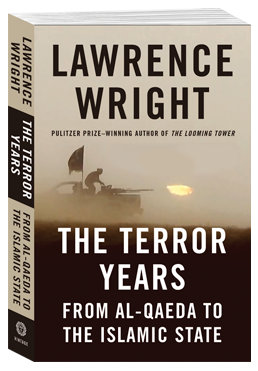 “Superb and gracefully written….Wright is one of the most lucid writers on the subject of Islamic extremism.”
—The New York Review of Books

From the Pulitzer Prize–winning author of The Looming Tower

These powerful investigative pieces, which take us from the religious police of Saudi Arabia to the rise of the Islamic State, comprise an essential primer on jihadist movements in the Middle East—and the attempts of the West to contain them. In these pages, Lawrence Wright examines al-Qaeda as it experiences a rebellion from within and spins off a growing web of worldwide terror. He shows us the Syrian film industry before the civil war—compliant at the edges but already exuding a barely masked fury. He gives us the heart-wrenching story of American children kidnapped by ISIS—and Atlantic publisher David Bradley’s efforts to secure their release. And he details the roles of key FBI figures John O’Neill and his talented protégé Ali Soufan in fighting terrorism. In a moving epilogue, Wright shares his predictions for the future. Rigorous, clear-eyed, and compassionate, The Terror Years illuminates the complex human players on all sides of a devastating conflict. 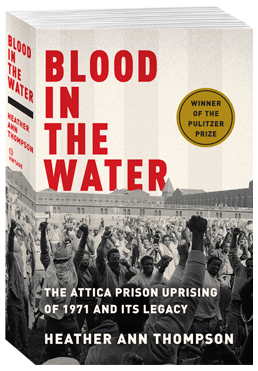 A Best Book of the Year
The New York Times, The Boston Globe, Newsweek, Bloomberg, and more

THE FIRST DEFINITIVE HISTORY OF THE INFAMOUS 1971 ATTICA PRISON UPRISING, THE STATE’S VIOLENT RESPONSE, AND THE VICTIMS’ DECADES-LONG QUEST FOR JUSTICE

Drawing from more than a decade of extensive research, historian Heather Ann Thompson sheds new light on every aspect of the uprising and its legacy, giving voice to all those who took part in this forty-five-year fight for justice: prisoners, former hostages, families of the victims, lawyers and judges, and state officials and members of law enforcement. Blood in the Water is the searing and indelible account of one of the most important civil rights stories of the last century. 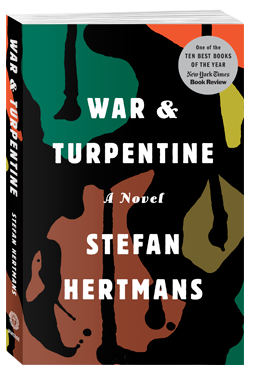 The story of Urbain Martien lies con­tained in two notebooks he left behind when he died. In War and Turpentine, his grandson, a writer, retells his grandfather’s story, the notebooks providing a key to the locked chambers of Urbain’s memory.

But who is he, really? There is Urbain the child of a lowly church painter; Urbain the young man, who narrowly escapes death in an iron foundry; Urbain the soldier; and Urbain the man, married to his true love’s sister, haunted by the war and his interrupted dreams of life as an artist. Wrestling with this tale, the grandson straddles past and present, searching for a way to understand his own part in both. As artfully rendered as a Renais­sance fresco, War and Turpentine paints an ex­traordinary portrait of a man, re­vealing how a single life can echo through the ages. 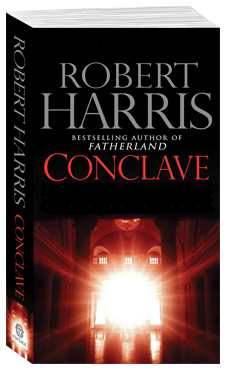 “Pulsates with intrigue….And Harris saves one whopper of a surprise for the final pages.”
—USA Today

“This might be the ultimate locked-room mystery.”
—The Seattle Times

The pope is dead. Behind the locked doors of the Sistine Chapel, one hundred and eighteen cardinals from all over the globe will cast their votes in the world’s most secretive election. They are holy men. But they have ambition. And they have rivals. Over the next seventy-two hours one of them will become the most powerful spiritual figure on Earth. 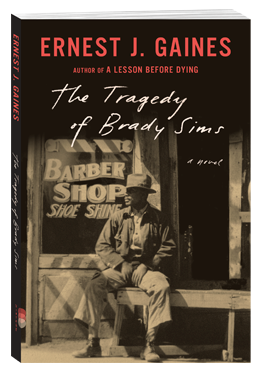 “Gaines knows how to tell a story.”
—The Washington Post

Ernest J. Gaines’s new novella revolves around a courthouse shooting that leads a young reporter to uncover the long story of race and power in his small town and the relationship between the white sheriff and the black man who “whipped children” to keep order.

After Brady Sims pulls out a gun in a courtroom and shoots his own son, who has just been convicted of robbery and murder, he asks only to be allowed two hours before he’ll give himself up to the sheriff. When the editor of the local newspaper asks his cub reporter to dig up a “human interest” story about Brady, he heads for the town’s barbershop. It is the barbers and the regulars who hang out there who narrate with empathy, sadness, humor, and a profound understanding the life story of Brady Sims—an honorable, just, and unsparing man who with his tough love had been handed the task of keeping the black children of Bayonne, Louisiana in line to protect them from the unjust world in which they lived. And when his own son makes a fateful mistake, it is up to Brady to carry out the necessary reckoning. In the telling, we learn the story of a small southern town, divided by race, and the black community struggling to survive even as many of its inhabitants head off northwards during the Great Migration.