Books That Make You Think and React 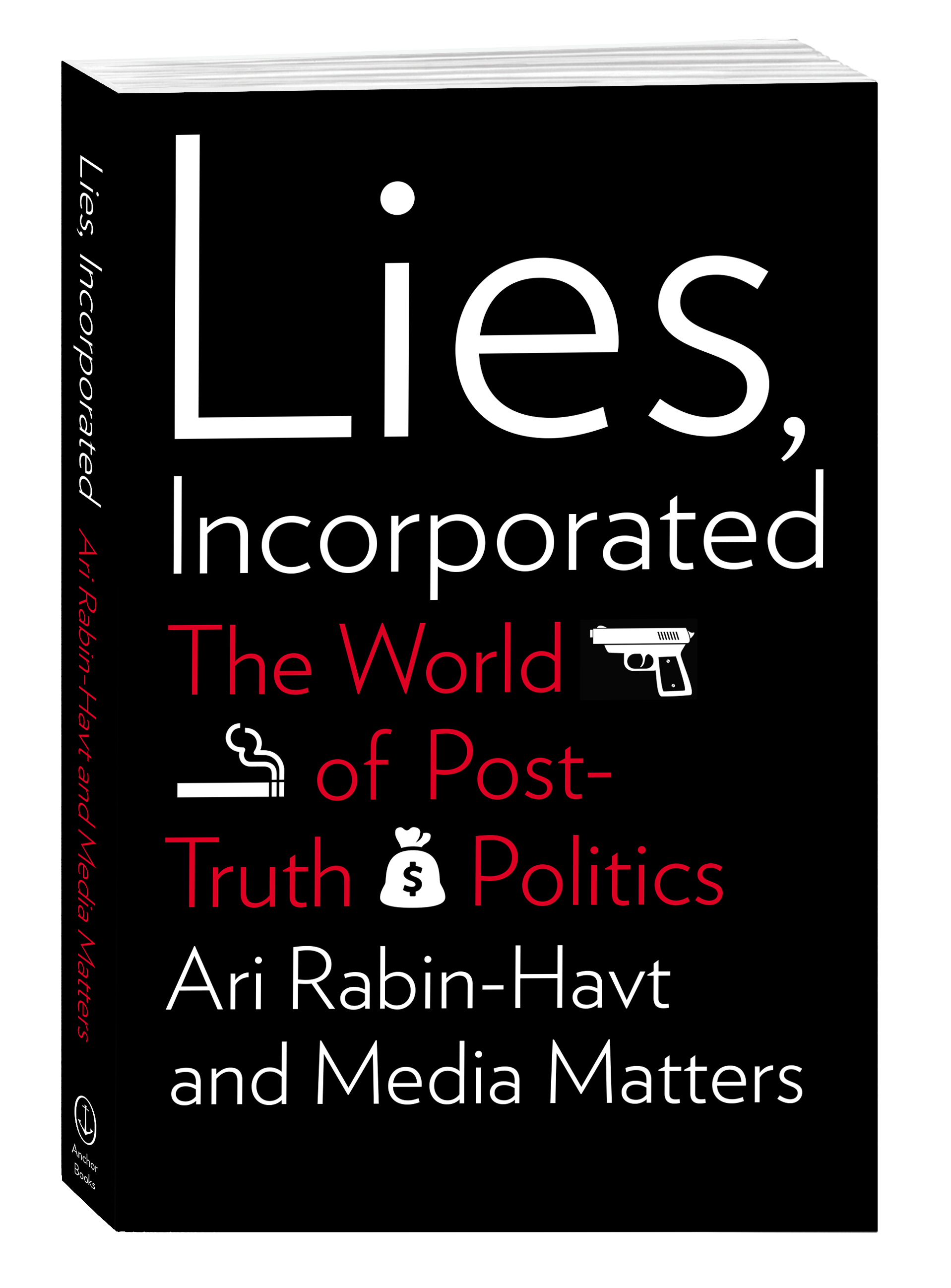 In today’s post-truth political landscape, there is a carefully concealed but ever-growing industry of organized misinformation that exists to create and disseminate lies in the service of political agendas. Ari Rabin-Havt and Media Matters for America present a revelatory history of this industry—which they’ve dubbed Lies, Incorporated—and show how it has crippled legislative progress on issues including tobacco regulation, public health care, climate change, gun control, immigration, abortion, and same-sex marriage. Eye-opening and indispensible, Lies, Incorporated takes an unflinching look at the powerful network of politicians and special interest groups that have launched coordinated assaults on the truth to shape American politics. 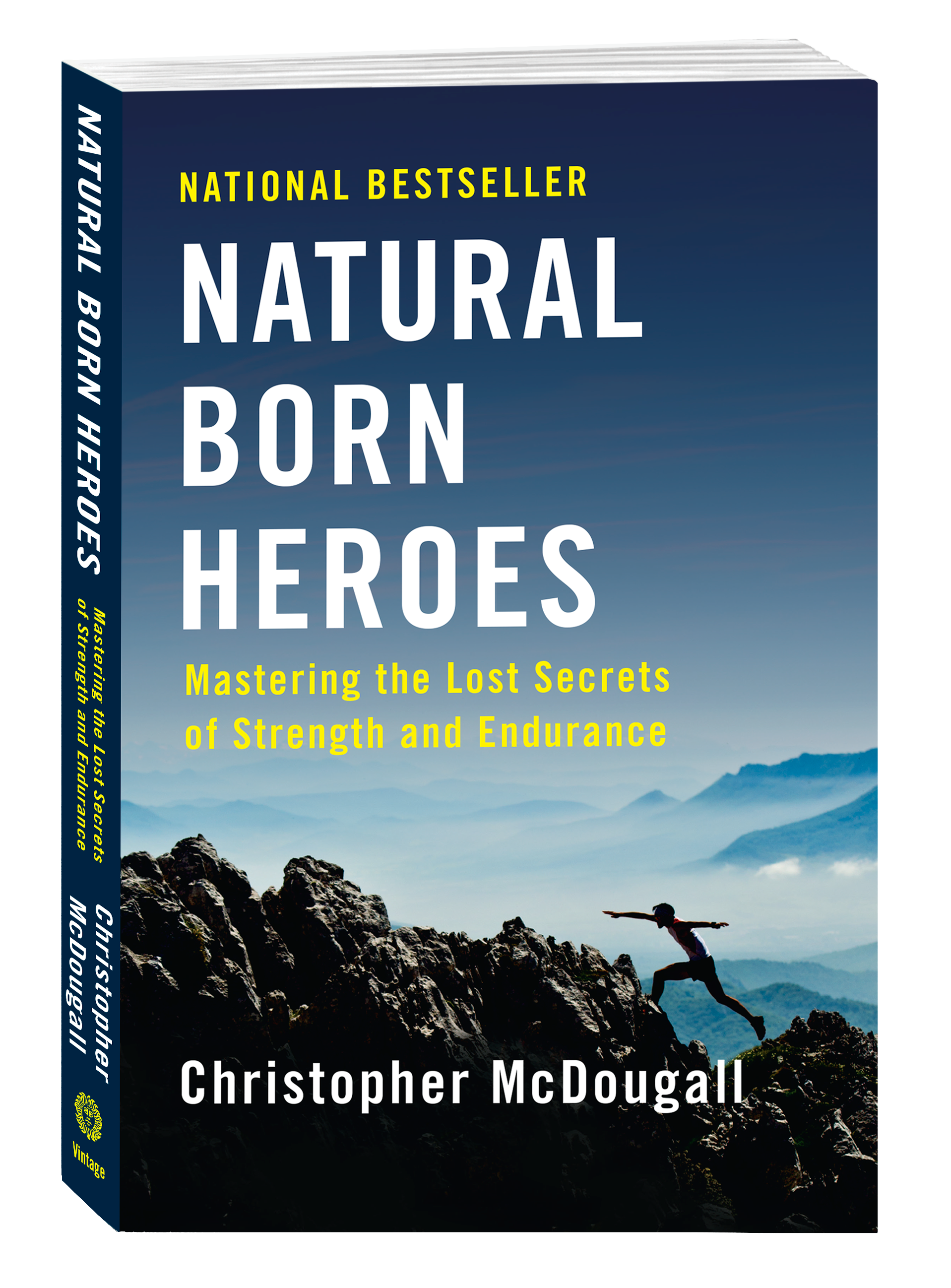 From the author of the #1 bestseller Born to Run

Christopher McDougall’s journey begins with a story of remarkable athletic prowess: On the treacherous mountains of Crete, a motley band of World War II Resistance fighters—an artist, a shepherd, and a poet—abducted a German commander from the heart of the Axis occupation. To understand how, McDougall retraces their steps across the island that birthed Herakles and Odysseus, and discovers ancient techniques for endurance, sustenance, and natural movement that have been preserved in unique communities around the world.

His search takes us scrambling over rooftops with a Parkour crew in London, foraging for greens with a ballerina in Brooklyn, tossing heavy pieces of driftwood on a Brazilian beach with the creator of MovNat—and, finally, to our own backyards. Natural Born Heroes will inspire readers to unleash the extraordinary potential of the human body and climb, swim, skip, throw, and jump their way to heroic feats.

“Natural Born Heroes provides a blueprint…of how to move, what to eat, and the spirit in which to approach our everyday lives.” —Laird Hamilton 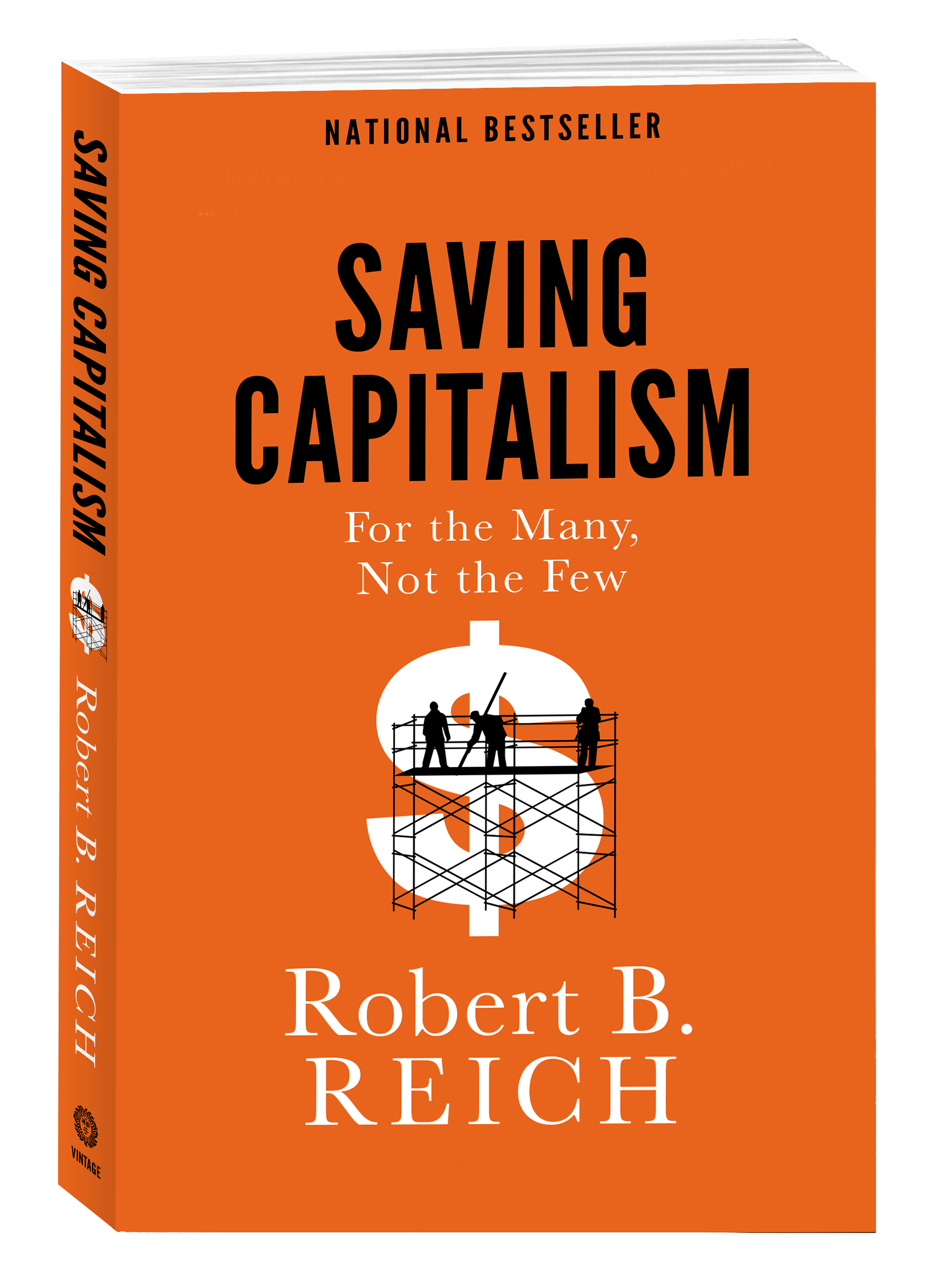 From the author of Aftershock

America was once celebrated for and defined by its large and prosperous middle class. Now, this middle class is shrinking, a new oligarchy is rising, and the country faces its greatest wealth disparity in eighty years. Why is the economic system that made America strong suddenly failing us, and how can it be fixed?

Leading political economist and bestselling author Robert B. Reich presents a paradigm-shifting, clear-eyed examination of a political and economic status quo that no longer serves the people, exposing one of the most pernicious obstructions to progress today: the enduring myth of the “free market” when, behind the curtain, it is the powerful alliances between Washington and Wall Street that control the invisible hand. Laying to rest the specious dichotomy between a free market and “big government,” Reich shows that the truly critical choice ahead is between a market organized for broad-based prosperity and one designed to deliver ever more gains to the top. Visionary and acute, Saving Capitalism illuminates the path toward restoring America’s fundamental promise of opportunity and advancement. 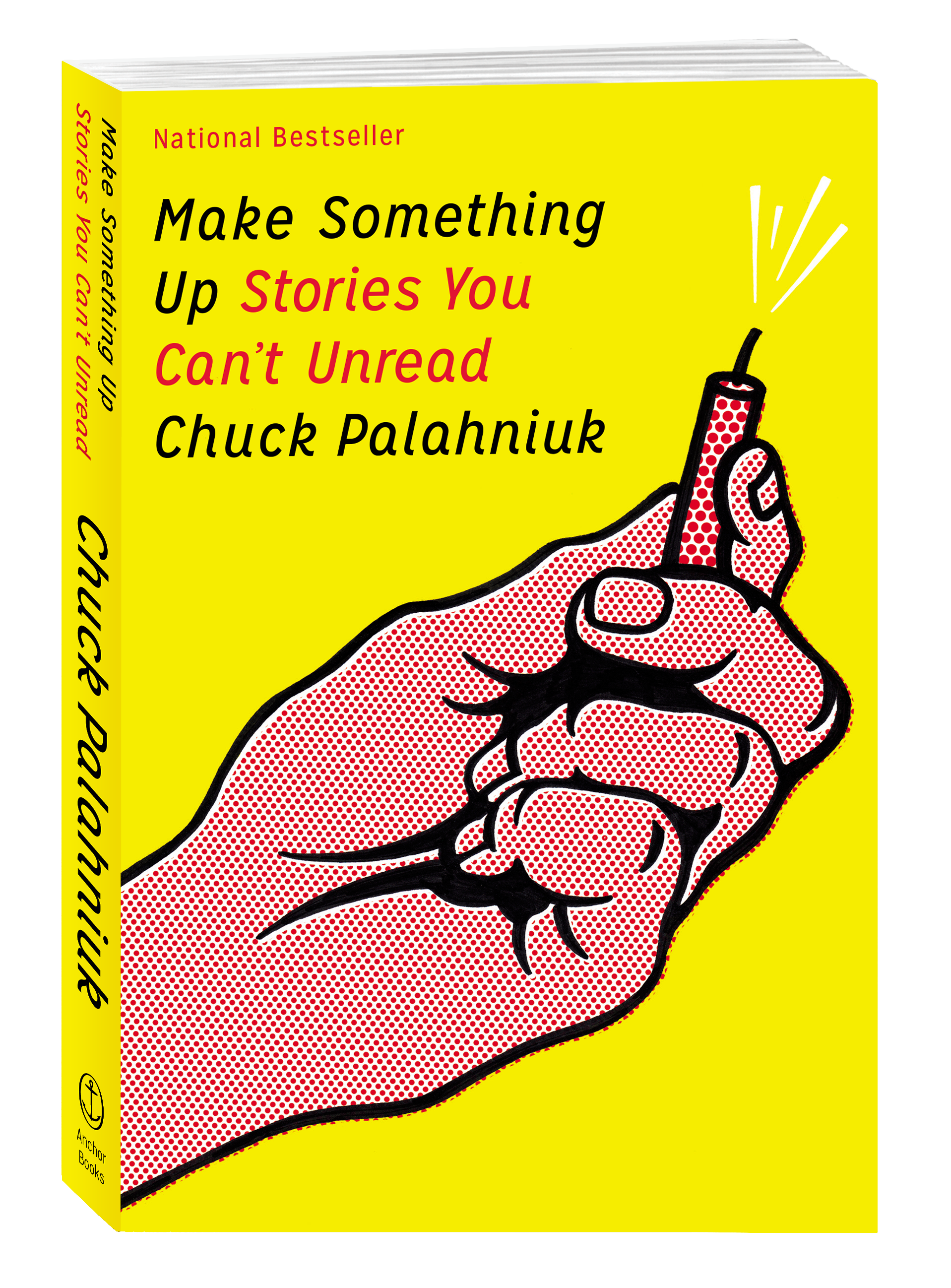 “Few contemporary writers mix the outrageous and the hilarious with greater zest.” —Newsday

From the author of Fight Club

Representing work that spans several years, Make Something Up is a compilation of twenty-one stories and one novella (some previously published, some not) that will disturb and delight. In “Expedition,” fans will be thrilled to find to see a side of Tyler Durden never seen before in a precusor story to Fight Club. And in other stories, the absurdity of both life and death are on full display; in “Zombies,” the best and brightest of a high school prep school become tragically addicted to the latest drug craze: electric shocks from cardiac defibrillators. In “Knock, Knock,” a son hopes to tell one last off-color joke to a father in his final moments, while in “Tunnel of Love,” a massage therapist runs the curious practice of providing ‘relief’ to dying clients.

Funny, caustic, bizarre, poignant; these stories represent everything readers have come to love and expect from Chuck Palahniuk. 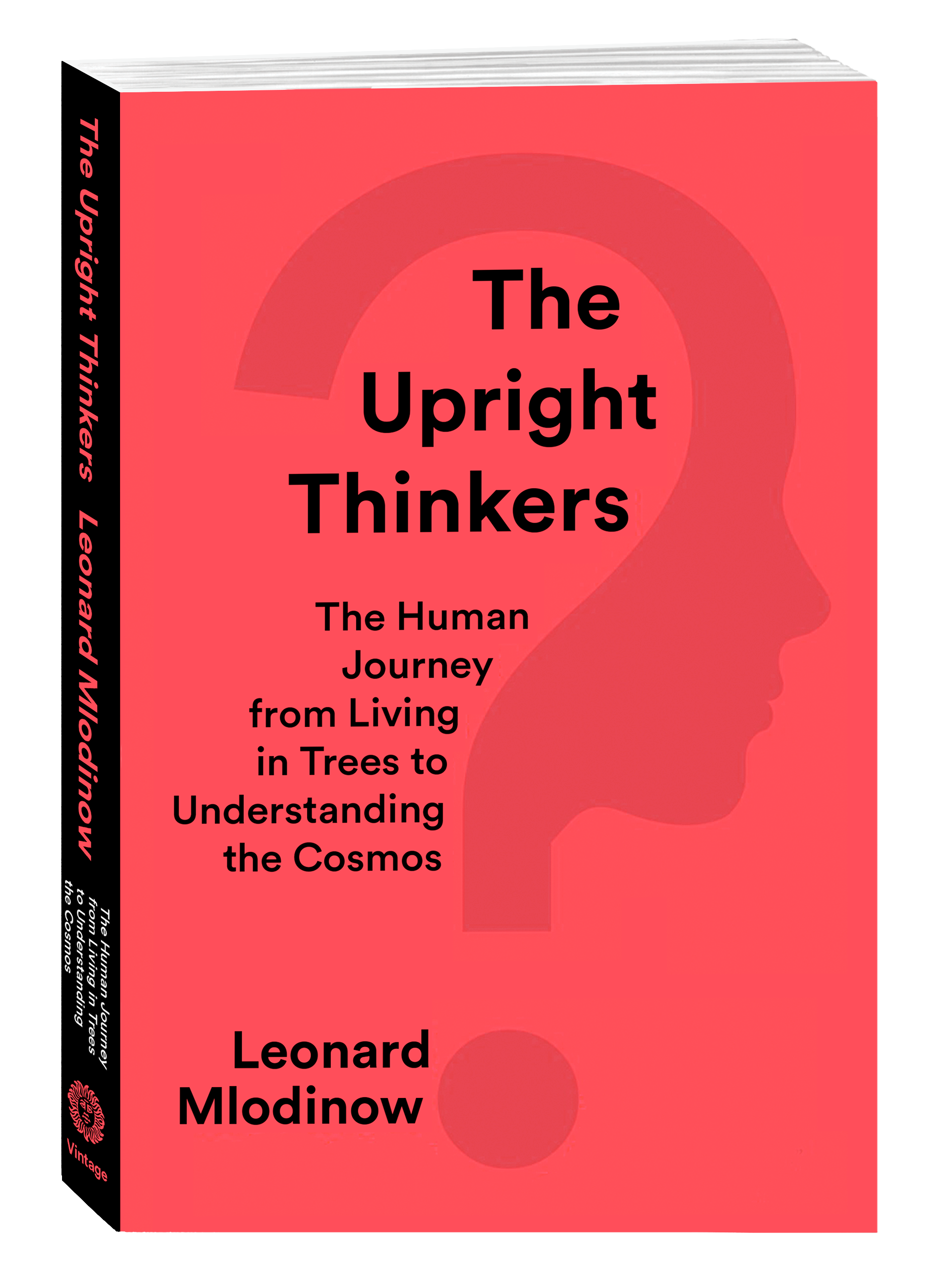 “An entrancing tale of scientific history.” —The Washington Post

From the author of the bestselling Subliminal

How did a near-extinct species, eking out a meager existence with stone axes, become the dominant power on earth, able to harness a knowledge of nature ranging from tiny atoms to the vast structures of the universe? Leonard Mlodinow takes us on an enthralling tour of the history of human progress, from our time on the African savannah through the invention of written language, all the way to modern quantum physics. Along the way, he explores the colorful personalities of the great philosophers, scientists, and thinkers, and traces the cultural conditions—and the elements of chance—that influenced scientific discovery.

Deeply informed, accessible, and infused with the author’s trademark humor and insight, The Upright Thinkers is a stunning tribute to humanity’s intellectual curiosity and an important book for any reader with an interest in the scientific issues of our day.

“An audacious encapsulation of our species’ trek from savannah to city.” —Nature