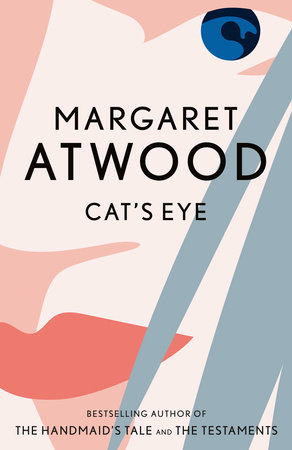 1. What does Margaret Atwood's novel Cat's Eye say about the nature of childhood and the development of adolescent friendships? Is there a gender influenced difference in cruelty between boys as opposed to cruelty as expressed by girls? At what point does adolescent meanness become pathological?

2. In the opening line of the novel, the narrator, artist Elaine Risley, who returns to the city of her birth for a retrospective of her painting, observes: "Time is not a line but a dimension, like the dimensions of space . . . if you knew enough and could move faster than light you could travel backward in time and exist in two places at once." How do you interpret this statement? Why does Elaine return to Toronto and what does she hope to accomplish? Was the trip necessary? If so, why? What role does this return play in the structure of the novel?

3. Elaine is haunted by Cordelia, her "best friend" and the tormentor of her childhood. All predators must have a motive. What benefit did Cordelia receive out of tormenting Elaine? What weakness in Elaine made her particularly vulnerable to Cordelia? Why did she continue to play such importance in Elaine's adult life?

4. Discuss the impact of the type of parenting received by Elaine, Cordelia, and their third friend, Grace. At one point Elaine's mother tells her that she does not have to be with the girls that are tormenting her. Is her mother in any way responsible for what happened to Elaine? What role do you feel parents should play in helping resolve childhood conflicts or in protecting their children?

5. Early in the novel, Elaine is warned by her first new friend, Carol, not to go down into the ravine: "There might be men there." Discuss the significance of this warning, taking into account the later incident between the girls at the ravine. What does this say about our ability to apprehend danger? In what other Atwood novels does she explore the nature of evil and its relationship to gender?

6. Why do you think Elaine became an artist? What is the significance that she did so? Do artists use life experiences in ways nonartists do not?

7. Many of Atwood's themes are first explored in her poetry. We have included two poems from The Circle Game, her award-winning first volume of poetry, published in 1966. How are some of the themes of these poems later developed in Cat's Eye? Atwood is one of the few writers who is successful as both a poet and a novelist. Can you think of others?

8. A review of Cat's Eye by Judith Thurman suggests that a connection exists between sex and childhood games. Discuss this, as well as the significance of the book's title.