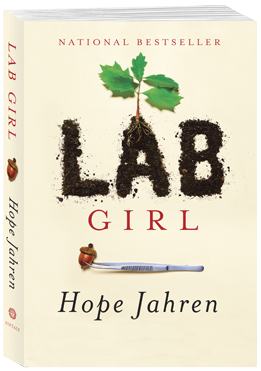 A BEST BOOK OF THE YEAR The New York Times, NPR, Slate, Entertainment Weekly, and more

“Engrossing…. Thrilling….
Does for botany what Oliver Sacks’s essays did for neurology, what Stephen Jay Gould’s writings did for paleontology.”
—The New York Times

Geobiologist Hope Jahren has spent her life studying trees, flowers, seeds, and soil. Lab Girl is her revelatory treatise on plant life—but it is also a celebration of the lifelong curiosity, humility, and passion that drive every scientist. In these pages, Hope takes us back to her Minnesota childhood, where she spent hours in unfettered play in her father’s college laboratory. She tells us how she found a sanctuary in science, learning to perform lab work “with both the heart and the hands.” She introduces us to Bill, her brilliant, eccentric lab manager. And she extends the mantle of scientist to each one of her readers, inviting us to join her in observing and protecting our environment. Warm, luminous, compulsively readable, Lab Girl vividly demonstrates the mountains that we can move when love and work come together. 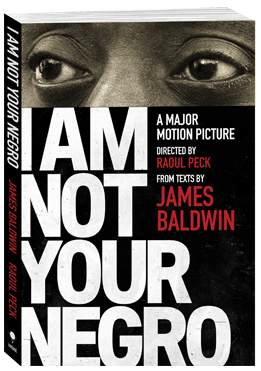 “It is certain, in any case, that ignorance, allied with power, is the most ferocious enemy justice can have.”
—James Baldwin

To compose his stunning documentary film I Am Not Your Negro, acclaimed filmmaker Raoul Peck mined James Baldwin’s published and unpublished oeuvre, selecting passages from his books, essays, letters, notes, and interviews that are every bit as incisive and pertinent now as they have ever been. Weaving these texts together, Peck brilliantly imagines the book that Baldwin never wrote. In his final years, Baldwin had envisioned a book about his three assassinated friends, Medgar Evers, Malcolm X, and Martin Luther King. His deeply personal notes for the project have never been published before. Peck’s film uses them to jump through time, juxtaposing Baldwin’s private words with his public statements, in a blazing examination of the tragic history of race in America.

This edition contains more than 40 black-and-white images from the film. 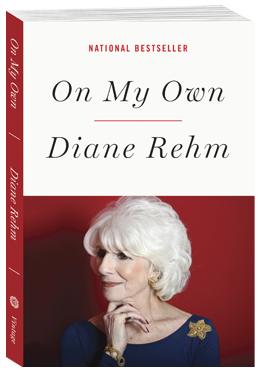 In an eloquent, deeply personal and moving book, beloved NPR radio host Diane Rehm speaks about the death of her husband of fifty-four years—and of her struggle to reconstruct her life without him.

John Rehm was 74 when he was diagnosed with Parkinson’s. Nine years later, he passed away, having made the difficult choice to end his extended illness by refusing to eat, drink, or accept medication. This process transformed Diane into an advocate for increased conversation end-of-life care and the right to die on one’s own terms, as well as a brave and sympathetic voice for anyone who must learn how to live again after bereavement.

“Will invite comparisons to…The Year of Magical Thinking.”
—The Guardian