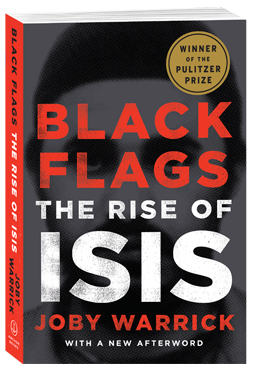 “Gripping…. There is no better book…for readers interested in the roots of the Islamic State and the evil genius of its godfather, Abu Musab Al-Zarqawi.” —Michiko Kakutani, The New York Times

In a thrilling dramatic narrative, Pulitzer Prize-winning reporter Joby Warrick traces how the strain of militant Islam behind ISIS first arose in a remote Jordanian prison and spread with the unwitting aid of two American presidents. Drawing on unique high-level access to CIA and Jordanian sources, Warrick weaves gripping, moment-by-moment operational details with the perspectives of diplomats and spies, generals and heads of state, many of whom foresaw a menace worse than al Qaeda and tried desperately to stop it. Black Flags is a brilliant and definitive history that reveals the long arc of today’s most dangerous extremist threat. 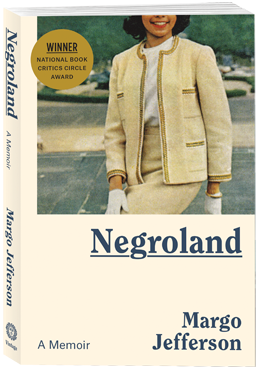 Pulitzer Prize–winning cultural critic Margo Jefferson was born in 1947 into upper-crust black Chicago. Her father was head of pediatrics at Provident Hospital, while her mother was a socialite. In these pages, Jefferson takes us into this insular and discerning society: “I call it Negroland,” she writes, “because I still find ‘Negro’ a word of wonders, glorious and terrible.”

Negroland’s pedigree dates back generations, having originated with antebellum free blacks who made their fortunes among the plantations of the South. It evolved into a world of exclusive sororities, fraternities, networks, and clubs—a world in which skin color and hair texture were relentlessly evaluated alongside scholarly and professional achievements, where the Talented Tenth positioned themselves as a third race between whites and “the masses of Negros,” and where the motto was “Achievement. Invulnerability. Comportment.” At once incendiary and icy, mischievous and provocative, celebratory and elegiac, Negroland is a landmark work on privilege, discrimination, and the fallacy of post-racial America. 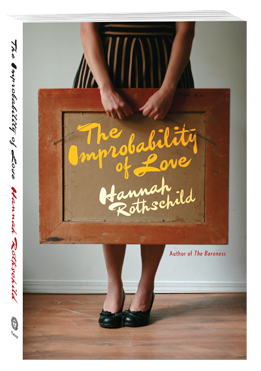 “A delicious and sometimes devastating satire of what the art world has become.” —The New Republic