NEW in PAPERBACK from ACCLAIMED WRITERS 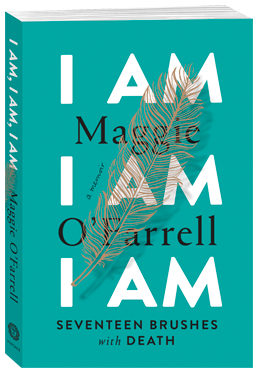 “Heartbreaking, life-affirming, beautiful…. A sharply intimate portrait of what it is to be a person.” ―San Francisco Chronicle

On seventeen occasions, Maggie O’Farrell has stared death in the face—and lived to tell the tale. In this astonishing memoir, she shares the near-death experiences that have punctuated and defined her life: The childhood illness that left her bedridden for a year, which she was not expected to survive. A teenage yearning to escape that nearly ended in disaster. An encounter with a disturbed man on a remote path. And, most terrifying of all, an ongoing, daily struggle to protect her daughter from a condition that leaves her unimaginably vulnerable to life’s myriad dangers. Here, O’Farrell stiches together these discrete encounters to tell the story of her entire life. In taut prose that vibrates with electricity and restrained emotion, she captures the perils running just beneath the surface, and illuminates the preciousness, beauty, and mysteries of life itself. 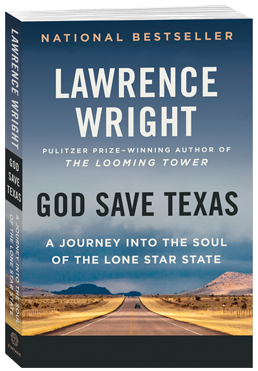 “Compelling…. Timely…. There is a sleeping giant in Texas.”
—The Washington Post

God Save Texas is a journey through the most controversial state in America. It is a red state, but the cities are blue and among the most diverse in the nation. Oil is still king, but Texas now leads California in technology exports. Low taxes and minimal regulation have produced extraordinary growth, but also striking income disparities. Texas looks a lot like the America that Donald Trump wants to create.

Bringing together the historical and the contemporary, the political and the personal, Texas native Lawrence Wright gives us a colorful, wide-ranging portrait of a state that not only reflects our country as it is, but as it may become—and shows how the battle for Texas’s soul encompasses us all. “Brilliant…. [Holds] a commitment not only to great storytelling but also to exploring stories are told.”
—San Francisco Chronicle

Most of us have only one story to tell…only one that matters, only one finally worth telling. This is mine.

One summer in the sixties, in a staid suburb south of London, nineteen-year-old Paul comes home from university and is urged by his mother to join the tennis club. There he’s partnered with Susan Macleod, a fine player who’s forty-eight, confident, witty, and married, with two nearly adult daughters. She is a warm companion, her bond with Paul immediate. And soon, inevitably, they are lovers.

Basking in the glow of one another, they set up house together in London. Decades later, Paul looks back at how they fell in love and how—gradually, relentlessly—everything fell apart. As he turns over his only story in his mind, examining it from different vantage points, he finds himself confronted with the contradictions and slips of his own memory—and the ways in which our narratives and our lives shape one another. Poignant, vivid and profound, The Only Story is a searing novel of memory, devotion, and how first love fixes a life forever.