START YOUR YEAR OF READING with Great Books by Acclaimed Writers 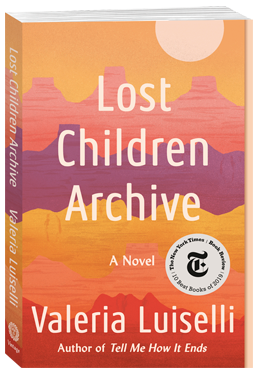 “Unforgettable, down to its explosive final sentence.” —Entertainment Weekly

“Impossibly smart, full of beauty, heart and insight. Everyone should read this book.” —Tommy Orange, author of There There

ONE OF BARACK OBAMA’S FAVORITE BOOKS OF THE YEAR

A BEST BOOK OF THE YEAR
The Washington Post, NPR, Chicago Tribune, O, The Oprah Magazine, Vanity Fair, The Guardian, and more

In Valeria Luiselli’s fiercely imaginative follow-up to the American Book Award-winning Tell Me How It Ends, an artist couple set out with their two children on a road trip from New York to Arizona in the heat of summer. As the family travels west, the bonds between them begin to fray: a fracture is growing between the parents, one the children can almost feel beneath their feet.

Through ephemera such as songs, maps and a Polaroid camera, the children try to make sense of both their family’s crisis and the larger one engulfing the news: the stories of thousands of kids trying to cross the southwestern border into the United States but getting detained—or lost in the desert along the way.

A breath-taking feat of literary virtuosity, Lost Children Archive is timely, compassionate, subtly hilarious, and formally inventive—a powerful, urgent story about what it is to be human in an inhuman world. 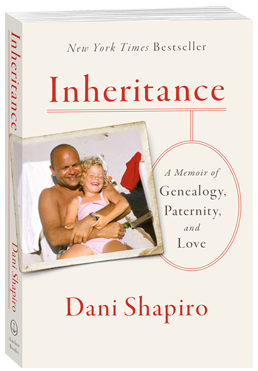 “Memoir gold: a profound and exquisitely rendered exploration of identity and the true meaning of family.” —People

From the acclaimed, best-selling memoirist, novelist and host of the hit podcast Family Secrets, comes a memoir about the staggering family secret uncovered by a genealogy test: an exploration of the urgent ethical questions surrounding fertility treatments and DNA testing, and a profound inquiry of paternity, identity, and love.

In the spring of 2016, through a genealogy website to which she had casually submitted her DNA for analysis, Dani Shapiro received the stunning news that her beloved deceased father was not her biological father. Over the course of a single day, her entire history—the life she had lived—crumbled beneath her.

Inheritance is a book about secrets. It is the story of a woman’s urgent quest to unlock the story of her own identity, a story that had been scrupulously hidden from her for more than fifty years. It is a book about the extraordinary moment we live in, a moment in which science and technology have outpaced not only medical ethics but also the capacities of the human heart to contend with the consequences of what we discover.

Dani Shapiro’s memoir unfolds at a breakneck pace—part mystery, part real-time investigation, part rumination on the ineffable combination of memory, history, biology, and experience that makes us who we are. Inheritance is a devastating and haunting interrogation of the meaning of kinship and identity, written with stunning intensity and precision. 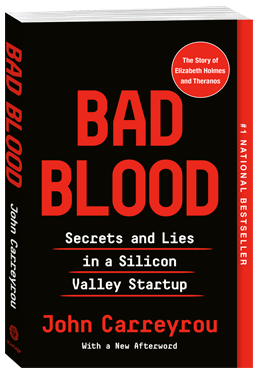 A BEST BOOK OF THE YEAR The New York Times, The Washington Post, NPR, Time, Financial Times, and more

In 2014, Theranos founder and CEO Elizabeth Holmes was widely seen as the next Steve Jobs: a brilliant Stanford dropout whose startup “unicorn” promised to revolutionize the medical industry with its breakthrough device, which performed the whole range of laboratory tests from a single drop of blood. Backed by investors such as Larry Ellison and Tim Draper, Theranos sold shares in a fundraising round that valued the company at more than $9 billion, putting Holmes’s worth at an estimated $4.5 billion. There was just one problem: The technology didn’t work. Erroneous results put patients in danger, leading to misdiagnoses and unnecessary treatments. All the while, Holmes and her partner, Sunny Balwani, worked to silence anyone who voiced misgivings—from journalists to their own employees.

Rigorously reported and fearlessly written, Bad Blood is a gripping story of the biggest corporate fraud since Enron—a tale of ambition and hubris set amid the bold promises of Silicon Valley. 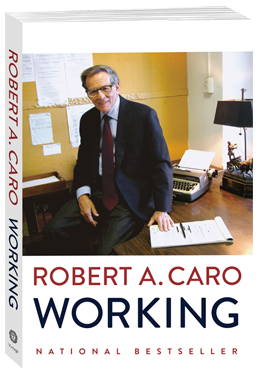 A BEST BOOK OF THE YEAR Fortune magazine

“One of the great reporters of our time and probably the greatest biographer.”
—The Sunday Times (London)

Now in paperback, Robert Caro gives us a glimpse into his own life and work in these evocatively written, personal pieces. He describes what it was like to interview the mighty Robert Moses and to begin discovering the extent of the political power Moses wielded; the combination of discouragement and exhilaration he felt confronting the vast holdings of the Lyndon B. Johnson Library in Austin, Texas; his encounters with witnesses, including longtime residents wrenchingly displaced by the construction of Moses’ Cross-Bronx Expressway and Lady Bird Johnson acknowledging the beauty and influence of one of LBJ’s mistresses. He gratefully remembers how, after years of working in solitude, he found a writers’ community at the New York Public Library, and details the ways he goes about planning and composing his books.

Caro recalls the moments at which he came to understand that he wanted to write not just about the men who wielded power but about the people and the politics that were shaped by that power. And he talks about the importance to him of the writing itself, of how he tries to infuse it with a sense of place and mood to bring characters and situations to life on the page. Taken together, these reminiscences–some previously published, some written expressly for this book–bring into focus the passion, the wry self-deprecation, and the integrity with which this brilliant historian has always approached his work. 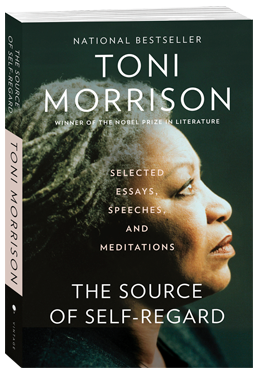 A BEST BOOK OF THE YEAR NPR, The Washington Post, Glamour

“The standard bearer of American literature…. This book is perhaps her most important.”
—The New York Times

Here is Toni Morrison in her own words: a rich gathering of her most important essays and speeches, spanning four decades. These pages give us her searing prayer for the dead of 9/11, her Nobel lecture on the power of language, her searching meditation on Martin Luther King Jr., her heart-wrenching eulogy for James Baldwin. She looks deeply into the fault lines of culture and freedom: the foreigner, female empowerment, the press, money, “black matter(s),” human rights, the artist in society, the Afro-American presence in American literature. And she turns her incisive critical eye to her own work (The Bluest Eye, Sula, Tar Baby, Jazz, Beloved, Paradise) and that of others. An essential collection from an essential writer, The Source of Self-Regard shines with the literary elegance, intellectual prowess, spiritual depth, and moral compass that have made Toni Morrison our most cherished and enduring voice. 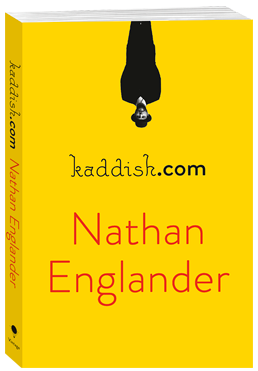 FROM THE BESTSELLING AUTHOR OF FOR THE RELIEF OF UNBEARABLE URGES

“A smart and witty novel…. Infused with delight.”
—The Washington Post

When his father dies, it falls to Larry—the secular son in a family of Orthodox Brooklyn Jews—to recite the Kaddish, the Jewish prayer for the dead, every day for eleven months. But to the horror and dismay of his sister, Larry refuses, imperiling the fate of his father’s soul. To appease her, he hires a stranger through a website called kaddish.com to say the prayer instead—a decision that will have profound, and very personal, repercussions. Irreverent, hilarious, and wholly irresistible, Nathan Englander’s tale of a son who makes a diabolical compromise brilliantly captures the tensions between tradition and modernity.