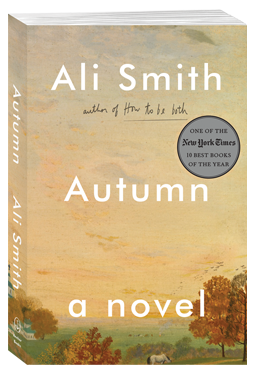 “Beautiful, subtle…. Brimming with humanity and bending, despite everything, toward hope.”
―The New York Review of Books

A luminous meditation on the meaning of richness and harvest and worth, Autumn is the first installment of Ali Smith’s Seasonal quartet, and it casts an eye over our own time: Who are we? What are we made of? Shakespearean jeu d’esprit, Keatsian melancholy, the sheer bright energy of 1960s pop art. Wide-ranging in time-scale and light-footed through histories, Autumn is an unforgettable story about aging and time and love—and stories themselves. 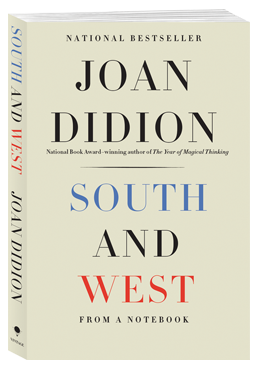 A New York Magazine and NPR Best Book of the Year

“Remind[s] us of her brilliance as a stylist, social commentator and observer.”
—The Washington Post

Joan Didion has always kept notebooks—of overheard dialogue, interviews, drafts of essays, copies of articles. South and West gives us two extended excerpts from notebooks she kept in the 1970s; read together, they form a piercing view of the American political and cultural landscape.

“Notes on the South” traces a road trip that she and her husband, John Gregory Dunne, took through Louisiana, Mississippi, and Alabama. Her acute observations about the small towns they pass through, her interviews with local figures, and their preoccupation with race, class, and heritage suggest a South largely unchanged today. “California Notes” began as an assignment from Rolling Stone on the Patty Hearst trial. Though Didion never wrote the piece, the time she spent watching the trial in San Francisco triggered thoughts about the West and her own upbringing in Sacramento. Here we not only see Didion’s signature irony and imagination in play, we’re also granted an illuminating glimpse into her mind and process. 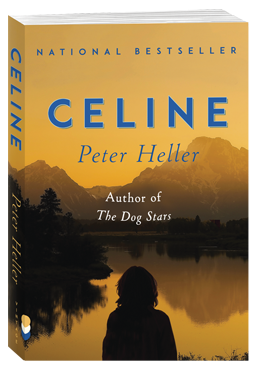 An Esquire Best Book of the Year

Celine is not your typical private eye. With prep school pedigree and a pair of opera glasses for stakeouts, her methods are unconventional but extremely successful. Working out of her jewel box of an apartment nestled under the Brooklyn Bridge, Celine has made a career out of tracking down missing persons nobody else can find. But when a young woman named Gabriela employs her expertise, what was meant to be Celine’s last case becomes a scavenger hunt through her own memories, the secrets there and the surprising redemptions.

Gabriela’s father was a National Geographic photographer who went missing in Wyoming twenty years ago and while he was assumed to have been mauled by a grizzly his body was never found. Celine and her partner set out to Yellowstone National Park to follow a trail gone cold but soon realize that somebody desperately wants to keep this case closed. Combining ingenious plotting with crystalline prose and sweeping natural panoramas, Peter Heller gives us his finest work to date.