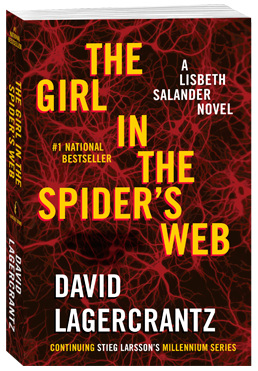 A genius hacker who has always been an outsider. A journalist with a penchant for danger. She is Lisbeth Salander, the girl with the dragon tattoo. He is Mikael Blomkvist, crusading editor of Millennium. One night, Blomkvist receives a call from a source who claims to have been given information vital to the United States by a young female hacker. Blomkvist, always on the lookout for a story, reaches out to Salander for help. She, as usual, has plans of her own. Together they are drawn into a ruthless underworld of spies, cybercriminals, and government operatives—some willing to kill to protect their secrets. 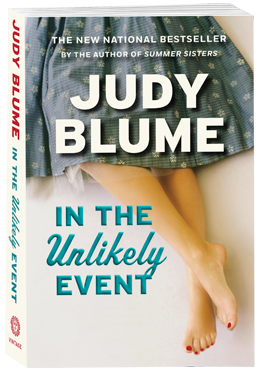 “A page-turner…. Like reconnecting with a long-lost friend.” —The New Yorker 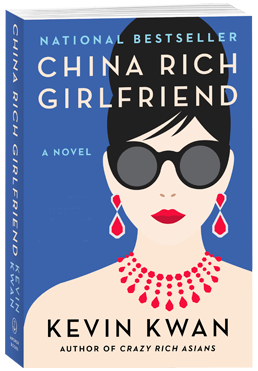 It’s the eve of Rachel Chu’s wedding, and she should be over the moon. She has a flawless Asscher-cut diamond, a wedding dress she loves, and a fiancé willing to thwart his meddling relatives and give up one of the biggest fortunes in Asia in order to marry her. Still, Rachel mourns the fact that her birthfather, a man she never knew, won’t be there to walk her down the aisle.

Then a chance accident reveals his identity. Suddenly, Rachel is drawn into a dizzying world of Shanghai splendor, a world where people attend church in a penthouse, where exotic cars race down the boulevard, and where people aren’t just crazy rich … they’re China rich. 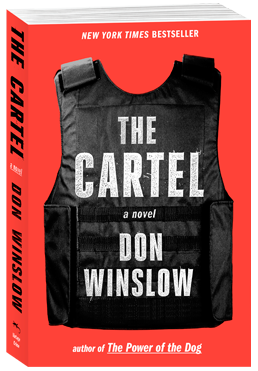 It’s 2004. Adán Barrera, kingpin of El Federación, is languishing in a California federal prison. Ex-DEA agent Art Keller passes his days in a monastery, having lost everything to his thirty-year blood feud with the drug lord. Then Barrera escapes. Now, there’s a two-million-dollar bounty on Keller’s head and no one else capable of taking Barrera down. As the carnage of the drug war reaches surreal new heights, the two men are locked in a savage struggle that will stretch from the mountains of Sinaloa to the shores of Veracruz, to the halls of power in Washington, ensnaring countless others in its wake. Internationally bestselling author Don Winslow’s The Cartel is the searing, unfiltered epic of the drug war in the twenty-first century. 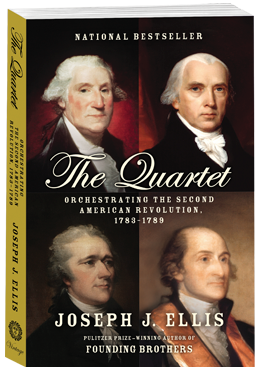 In The Quartet, Pulitzer Prize–winning historian Joseph Ellis tells the unexpected story of America’s second great founding and of the men most responsible—Alexander Hamilton, George Washington, John Jay, and James Madison: why the thirteen colonies, having just fought off the imposition of a distant centralized governing power, would decide to subordinate themselves anew. These men, with the help of Robert Morris and Gouverneur Morris, shaped the contours of American history by diagnosing the systemic dysfunctions created by the Articles of Confederation, manipulating the political process to force the calling of the Constitutional Convention, conspiring to set the agenda in Philadelphia, orchestrating the debate in the state ratifying conventions, and, finally, drafting the Bill of Rights to assure state compliance with the constitutional settlement, created the new republic. Ellis gives us a dramatic portrait of one of the most crucial and misconstrued periods in American history: the years between the end of the Revolution and the formation of the federal government. 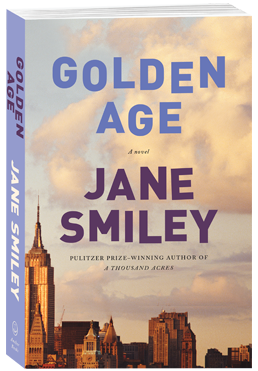 “A monumental portrait of an American family.” —Los Angeles Times

It’s 1987, and the next generation of Langdons is facing economic, social, and political challenges unlike anything their ancestors have encountered. Michael and Richie, twin sons of World War II hero Frank, work in the high-stakes worlds of government and finance—but their fiercest enemies may be closer to home. Charlie, the charmer, struggles to find his way; Guthrie is deployed to Iraq, leaving the Iowa family farm in the hands of his younger sister, Felicity— who, as always, has her own ideas. Determined to help preserve the planet, she worries that her family farm’s land is imperiled, and not only by the extremes of climate change.

Moving seamlessly from the power-brokered 1980s and the scandal-ridden ‘90s to our own present moment and beyond, Golden Age combines intimate drama, emotional suspense, and an intricate view of history, bringing to a magnificent conclusion the epic trilogy of one unforgettable family. In the familiar setting of Holt, Colorado, home to all of Kent Haruf’s inimitable fiction, Addie Moore pays an unexpected visit to a neighbor, Louis Waters. Her husband died years ago, as did his wife, and in such a small town they naturally have known of each other for decades; in fact, Addie was quite fond of Louis’s wife. His daughter lives hours away, her son even farther, and Addie and Louis have long been living alone in empty houses, the nights so terribly lonely, especially with no one to talk with. But maybe that could change? As Addie and Louis come to know each other better—their pleasures and their difficulties—a beautiful story of second chances unfolds, making Our Souls at Night the perfect final installment to this beloved writer’s enduring contribution to American literature. 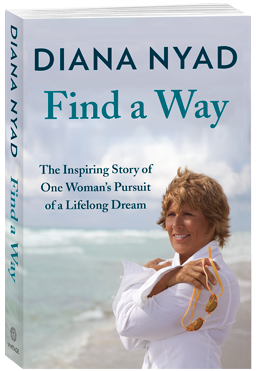 “An inspiration.” —The Wall Street Journal

When Diana Nyad arrived on the shore of Key West after fifty-three hours of grueling swimming across an epic ocean, she not only set a world record—becoming the first person to swim the shark-infested waters between Cuba and Florida with no cage for protection—she also succeeded in fulfilling a dream she first chased at age twenty-eight and at long last achieved when she was sixty-four. 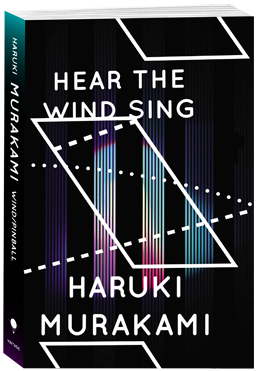 Wind/Pinball, a unique two-in-one volume, includes, on one side, Murakami’s first novel Hear the Wind Sing. When you flip the book over, you can read his second novel, Pinball, 1973. Each book has its own stunning cover.

In the spring of 1978, a young Haruki Murakami sat down at his kitchen table and began to write. The result: two remarkable short novels—Hear the Wind Sing and Pinball, 1973—that launched the career of one of the most acclaimed authors of our time.

These powerful, at times surreal, works about two young men coming of age—the unnamed narrator and his friend the Rat—are stories of loneliness, obsession, and eroticism. They bear all the hallmarks of Murakami’s later books, and form the first two-thirds, with A Wild Sheep Chase, of the trilogy of the Rat.

Widely available in English for the first time ever, newly translated, and featuring a new introduction by Murakami himself, Wind/Pinball gives us a fascinating insight into a great writer’s beginnings.