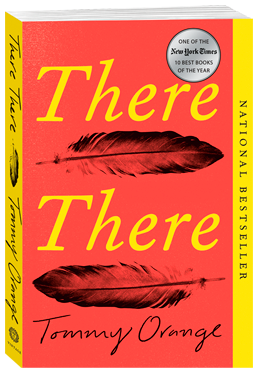 Tommy Orange’s shattering novel follows twelve characters from Native communities: all traveling to the Big Oakland Powwow, all connected to each other in ways they may not yet realize. There is Jacquie Red Feather, newly sober and working to make it back to the family she left behind. Dene Oxendene, who is pulling his life back together after his uncle’s death, has come to work at the powwow to honor his memory. Fourteen-year-old Orvil has come to perform traditional dance for the very first time. Together, this chorus of voices tells of the plight of the urban Native American—grappling with a complex and painful history, with an inheritance of beauty and spirituality, with communion and sacrifice and heroism. Hailed as an instant classic, There There is at once poignant and laugh-out-loud funny, utterly contemporary and always unforgettable. “Edugyan has created a wonder of an adventure story.” —NPR

George Washington Black, or “Wash,” an eleven-year-old field slave on a Barbados sugar plantation, is terrified to be chosen by his master’s brother as his manservant. To his surprise, the eccentric Christopher Wilde turns out to be a naturalist, explorer, inventor, and abolitionist. Soon Wash is initiated into a world where a flying machine can carry a man across the sky, where even a boy born in chains may embrace a life of dignity and meaning–and where two people, separated by an impossible divide, can begin to see each other as human. But when a man is killed and a bounty is placed on Wash’s head, Christopher and Wash must abandon everything. What follows is their flight along the eastern coast of America, and, finally, to a remote outpost in the Arctic. What brings Christopher and Wash together will tear them apart, propelling Wash even further across the globe in search of his true self. From the blistering cane fields of the Caribbean to the frozen Far North, from the earliest aquariums of London to the eerie deserts of Morocco, Washington Black tells a story of self-invention and betrayal, of love and redemption, of a world destroyed and made whole again, and asks the question, What is true freedom? 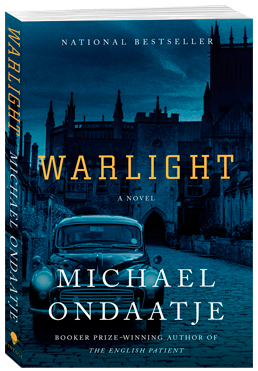 A BEST BOOK OF THE YEAR
The New York Times, The Washington Post, NPR

Longlisted for the Man Booker Prize

“An elegiac thriller with the immediate allure of a dark fairy tale.” —The Washington Post

It is 1945, and London is still reeling from years of war. Fourteen-year-old Nathaniel and his older sister, Rachel, seemingly abandoned by their parents, have been left in the care of an enigmatic figure they call The Moth. They suspect he may be a criminal and grow both more convinced and less concerned as they come to know his eccentric crew of friends: men and women with a shared history, all of whom seem determined now to protect and educate (in rather unusual ways) the siblings. But are they really what and who they claim to be? And how should Nathaniel and Rachel feel when their mother returns without their father after months of silence—explaining nothing, excusing nothing? A dozen years later, Nathaniel begins to uncover all he didn’t know or understand during that time, and it is this journey—through reality, recollection, and imagi­nation—that is told in this magnificent novel.