A Best Book of the Year Esquire, NPR’s Science Friday

“Brilliant…. Exemplary…. A final retrospective of one of our age’s greatest scientific storytellers.”
—Scientific American

Oliver Sacks, scientist and storyteller, is beloved by readers for the extraordinary neurological case histories (Awakenings, An Anthropologist on Mars) in which he explored many now-familiar disorders–autism, Tourette syndrome, face blindness. He was also a memoirist who wrote with honesty and humor about the remarkable experiences that shaped him (Uncle Tungsten, On the Move, Gratitude). In the pieces that comprise The River of Consciousness (many first published in The New York Review of Books, among other places), Dr. Sacks takes on evolution, botany, chemistry, medicine, neuroscience, and the arts, and calls upon his great scientific and creative heroes–above all, Darwin, Freud, and William James. For Sacks, these thinkers were constant companions from an early age. The questions they explored–the meaning of evolution, the roots of creativity, and the nature of consciousness–lie at the heart of science and of this book. The River of Consciousness demonstrates Sacks’s unparalleled ability to make unexpected connections, his sheer joy in knowledge, and his unceasing, timeless endeavor to understand what makes us human. 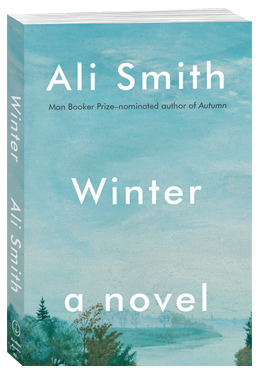 From the author of the Man Booker Prize Finalist Autumn

Winter. Bleak. Frosty wind, earth as iron, water as stone, so the old song goes. And now Art’s mother is seeing things. Come to think of it, Art’s seeing things himself.

When four people, strangers and family, converge on a fifteen-bedroom house in Cornwall for Christmas, will there be enough room for everyone?

Winter. It makes things visible. Ali Smith’s shapeshifting Winter casts a warm, wise, merry and uncompromising eye over a post-truth era in a story rooted in history and memory and with a taproot deep in the evergreens, art and love. 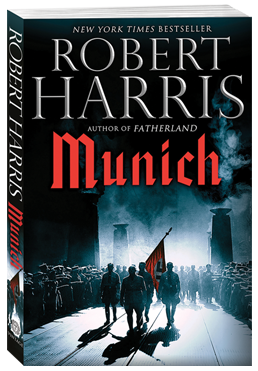 “Once again, Harris has brought history to life with exceptional skill.”
—The Washington Post

Hugh Legat is a rising star of the British diplomatic service, serving at 10 Downing Street as a private secretary to the Prime Minister, Neville Chamberlain. Paul von Hartmann is on the staff of the German Foreign Office–and secretly a member of the anti-Hitler resistance. The two men were friends at Oxford in the 1920s, but have not been in contact since. Now, when Hugh flies with Chamberlain from London to Munich, and Hartmann travels on Hitler’s train overnight from Berlin, their paths are set on a disastrous collision course. And once again, Robert Harris gives us actual events of historical importance–here are Hitler, Chamberlain, Mussolini, Daladier–at the heart of an electrifying, unputdownable novel.