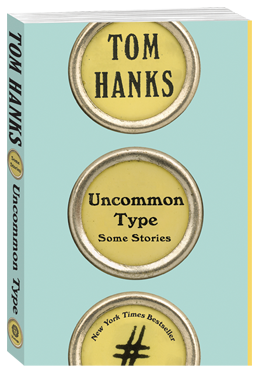 A Best Book of the Year USA Today, NPR

A small-town newspaper columnist with old-fashioned views of the modern world. A World War II veteran grappling with his emotional and physical scars. A second-rate actor plunged into sudden stardom and a whirlwind press junket. Four friends traveling to the moon in a rocketship built in the backyard. These are just some of the stories that Tom Hanks captures in his first work of fiction: a collection of shorts that explore—with great affection, humor, and insight—the human condition in all its foibles. The stories are linked by one thing: in each of them, a typewriter plays a part, sometimes minor, sometimes central.

To many, typewriters represent a level of craftsmanship, beauty, and individuality that is harder and harder to find in the modern world. In these stories, Hanks gracefully reaches that typewriter-worthy level. By turns whimsical, witty, and moving, Uncommon Type establishes him as a welcome and wonderful new voice in contemporary fiction. 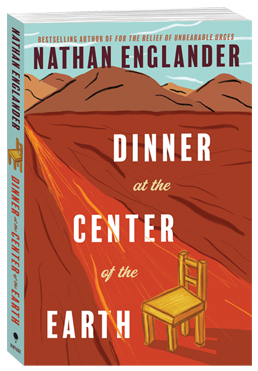 A Los Angeles Times Best Book of the Year

The much-anticipated new novel from the Pulitzer-nominated, bestselling author of For the Relief of Unbearable Urges—a political thriller set against the Israeli-Palestinian conflict.

In the Negev desert, a nameless prisoner languishes in a secret cell, his only companion the guard who has watched over him for a dozen years. Meanwhile, the prisoner’s arch nemesis—The General, Israel’s most controversial leader—lies dying in a hospital bed. From Israel and Gaza to Paris, Italy, and America, Englander provides a kaleidoscopic view of the prisoner’s unlikely journey to his cell. Dinner at the Center of the Earth is a tour de force—a powerful, wryly funny, intensely suspenseful portrait of a nation riven by insoluble conflict, and the man who improbably lands at the center of it all. 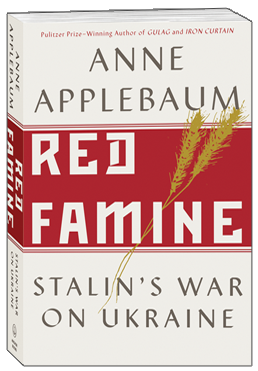 “[A] remarkable book…. Applebaum’s account will surely become the standard treatment of one of history’s great political atrocities.”
—Timothy Snyder, The Washington Post

In 1929 Stalin launched his policy of agricultural collectivization—in effect a second Russian revolution—which forced millions of peasants off their land and onto collective farms. The result was a catastrophic famine, the most lethal in European history. At least five million people died between 1931 and 1933 in the USSR. But instead of sending relief the Soviet state made use of the catastrophe to rid itself of a political problem. In Red Famine, Anne Applebaum argues that more than three million of those dead were Ukrainians who perished not because they were accidental victims of a bad policy but because the state deliberately set out to kill them. Devastating and definitive, Red Famine captures the horror of ordinary people struggling to survive extraordinary evil.

Today, Russia, the successor to the Soviet Union, has placed Ukrainian independence in its sights once more. Applebaum’s compulsively readable narrative recalls one of the worst crimes of the twentieth century, and shows how it may foreshadow a new threat to the political order in the twenty-first.