Erin Morgenstern on Her Literary Influences, The Tents of The Night Circus, and More 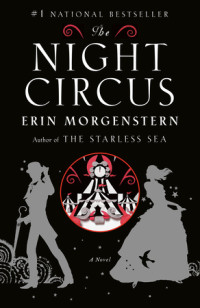 Thanks so much to all of the rêveurs who sent in questions for Erin Morgenstern, author of the magical novel, The Night Circus! It wasn’t easy, but we managed to select ten favorites. Today, Erin answers questions about her literary influences, the music that inspires her, and the tents that didn’t make the final cut. Enjoy, and don’t miss part one!

Q: If you could further explore one of the fascinating minor characters of The Night Circus in another novel, which one would it be and how would his or her story unfold?
A: I think Madame Padva likely has a deliciously story-filled history that might be fun to explore, though I’m not sure how it would unfold. I don’t know if any of the characters have a novel-shaped story that I’d want to write properly though would consider shorter pieces that would include some of the minor characters in both pre- and post-Night Circus tales. Tsukiko has a fascinating backstory, Lainie and Mr. Barris have an interesting future.

Q: Were there other tents that you wanted to include but didn’t, or couldn’t manage to bring into the story?
A: There were several tents that didn’t make the final cut in one way or another, some of them were only mentioned and not shown. Originally the second person tent descriptions were much longer and a few didn’t lend themselves well to being cut down to one page. There’s a shadow puppet tent that’s mentioned in passing, a tent comprised of a audience-participation chalkboard maze, and a knife-throwing tent but I thought perhaps that would be excessive amounts of knife-throwing.
[Ed.: Click to read a magical new scene from The Night Circus—featuring a very special tent!]

Q: I loved your Book Notes Playlist for The Night Circus that you did over at LargeHeartedBoy.com (everyone should read the first chapter with “A Seated Night” by Moby to get into the mood), and thanks for introducing me to Andrew Bird! Right now, what’s the soundtrack as you write your next book?
A: Yay, you are very welcome for the Andrew Bird introduction and I’m glad you enjoyed the playlist, I had a lot of fun putting it together. The not-yet-novel shaped work-in-progress is already developing a soundtrack, a lot of jazz including Miles Davis and John Coltrane, Adele’s “Rolling in the Deep” (which was on the playlist back before it was everywhere and I’m still fond of it) and Clair de Lune on solo piano.

Q: Who were your biggest literary influences?
A: There are a lot, I think I’m influenced in one way or another by most things I read but the major ones are Shakespeare, Roald Dahl, Margaret Atwood, classic fairy tales and magical realism. The Night Circus is also influenced format-wise by one of my all-time favorite books: Einstein’s Dreams by Alan Lightman.

Q: Do you have any advice for aspiring writers?
A: I like to recycle the best advice I ever heard as an aspiring writer from Neil Gaiman: Keep writing & finish things. Though I also like to amend it with a da Vinci-authored sentiment: art is never finished, only abandoned.

Write a lot. Read a lot. Write more. Rewrite. Read more. There aren’t really any magic tricks to it.