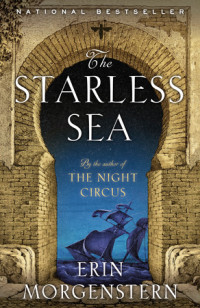 The autumnal equinox officially marked the beginning of fall here in New York. The weather has shifted and temperatures have dropped, and nothing sounds better right now than curling up with a warm beverage, a fuzzy blanket, and a good book. If you and your reading group are craving the same, here’s a list of cozy reads to keep you occupied on these chilly fall afternoons.

Zachary Ezra Rawlins is a graduate student in Vermont when he discovers a mysterious book hidden in the stacks. As he turns the pages, entranced by tales of lovelorn prisoners, key collectors, and nameless acolytes, he reads something strange: a story from his own childhood. Bewildered by this inexplicable book and desperate to make sense of how his own life came to be recorded, Zachary uncovers a series of clues that lead him to an ancient library hidden far below the surface of the earth. Together with Mirabel, a fierce, pink-haired protector of the place, and Dorian, a handsome, barefoot man with shifting alliances, Zachary travels the twisting tunnels, darkened stairwells, crowded ballrooms, and sweetly soaked shores of this magical world, discovering his purpose—in both the mysterious book and in his own life.

The Flight Portfolio by Julie Orringer

MARSEILLE, 1940. Varian Fry, a Harvard-educated journalist and editor, arrives in France. Recognizing the darkness descending over Europe, he and a group of like-minded New Yorkers formed the Emergency Rescue Committee, helping artists and writers escape from the Nazis and immigrate to the United States. Now, amid the chaos of World War II, and in defiance of restrictive U.S. immigration policies, Fry must procure false passports, secure visas, seek out escape routes through the Pyrenees and by sea, and make impossible decisions about who should be saved, all while under profound pressure—and in a state of irrevocable personal change.

“Magnificent and searing. . . . A family saga so bursting with life, touched by magic, and anchored in affection that I only wish it were true.” —The Boston Globe

A luminous portrait of a marriage, a shattering evocation of a family ravaged by grief and loss, and a tender and unforgettable reimagining of a boy whose life has been all but forgotten and whose name was given to one of the most celebrated plays of all time, Hamnet is mesmerizing, seductive, impossible to put down—a magnificent leap forward from one of our most gifted novelists.

“Beautiful, subtle. . . . Brimming with humanity and bending, despite everything, toward hope.” —The New York Times Book Review

Little Women by Louisa May Alcott

“Amy, Beth, Meg, and Jo—who was probably why I became a writer—were my family and friends.” —Gloria Steinem

Little Women has long been one of the most enduringly beloved classics of children’s literature, as popular with adults as it is with young readers. Generations have been entranced by the adventures of the four March sisters, each with their distinct and realistic virtues and flaws: tomboyish, ambitious Jo; frail and sweet Beth; beautiful, confident Meg; and artistic, willful Amy. With their patient mother, Marmee, they survive the hardships of the Civil War and the dramas and tragedies of family life.

“A remarkably powerful novel [and] a ferociously well-paced entertainment.” —The New York Times

To the Land of Long Lost Friends by Alexander McCall Smith

“[McCall Smith is] a master. . . . There’s beauty and revelation of one kind or another woven expertly into every line.” —The Christian Science Monitor

In the latest book in the widely beloved No. 1 Ladies’ Detective Agency series, Precious Ramotswe takes on a case for a childhood acquaintance and finds that family relationships are always a tricky proposition—even for Botswana’s premier female detective.

Possession by A. S. Byatt

Possession is an exhilarating novel of wit and romance, at once an intellectual mystery and triumphant love story. It is the tale of a pair of young scholars researching the lives of two Victorian poets. As they uncover their letters, journals, and poems, and track their movements from London to Yorkshire—from spiritualist séances to the fairy-haunted far west of Brittany—what emerges is an extraordinary counterpoint of passions and ideas.