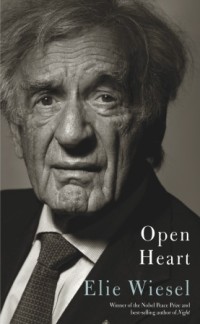 “A successful husband, father, grandfather, teacher, and writer, [Mr. Wiesel] is an asset to humankind. He has turned despondency into a message of approval and optimism…Mr. Wiesel packages equal parts beauty and astonishing description in an impossibly concise manner. Few authors have possessed such capacity for succinctness and brevity with magnificent dexterity.” – NY Journal of Books

A profoundly and unexpectedly intimate, deeply affecting summing up of his life so far, from one of the most cherished moral voices of our time.

Eighty-two years old, facing emergency heart surgery and his own mortality, Elie Wiesel reflects back on his life. Emotions, images, faces and questions flash through his mind. His family before and during the unspeakable Event. The gifts of marriage and children and grandchildren that followed. In his writing, in his teaching, in his public life, has he done enough for memory and the survivors? His ongoing questioning of God—where has it led? Is there hope for mankind? The world’s tireless ambassador of tolerance and justice has given us this luminous account of hope and despair, an exploration of the love, regrets and abiding faith of a remarkable man.

Elie Wiesel is the author of more than fifty books, both fiction and nonfiction. He is a recipient of the United States Congressional Gold Medal, the Presidential Medal of Freedom, the French Legion of Honor’s Grand-Croix, an honorary knighthood of the British Empire and, in 1986, the Nobel Peace Prize. Since 1976, he has been the Andrew W. Mellon Professor in the Humanities at Boston University.

Read an excerpt from Open Heart