Looking for the perfect gift? Our checklist has book recommendations for everyone on your list.

AN ESCAPE FOR HER

The Buddha in the Attic
Written by Julie Otsuka

A finalist for the 2011 National Book Award in fiction from the author of When the Emperor Was Divine.

The spellbinding tale from the Booker Prize–winning author of The English Patient is “a joy and a lark to read . . . So beautiful one actually feels the urge to slow the reading down” (Boston Globe).

The best-selling novel that “follows adult children who gather at their beach cottage in Maine to sip that familial cocktail of misery and love” (The New York Times).

From the Booker Prize–author of The Line of Beauty—”the publishing event of the year . . . A comedy of manners as well as a literary mystery” (Esquire).

“This debut will ring bells. Wedding bells. . . . An uncanny portrait emerges of a time in life marked by too many hangovers, bad dates and bridal showers—as well as an abundance of solid friendships.” —People

The #1 internationally best-selling author of The Alchemist returns with a remarkable journey of self-discovery and his most personal novel yet.

AN ESCAPE FOR HIM

The coolest gift this season. A runaway best seller both here and around the globe. “Expansive, immersive . . . profound” (LA Times). “Epic in every way” (Vanity Fair).

The Sense of an Ending
Written by Julian Barnes

“First-rate. If you loved the movie Slumdog Millionaire, you will inhale the novel Last Man in Tower. Adiga’s second novel is even better than the superb White Tiger.” —USA Today

From the best-selling author of Snow Falling on Cedars, “[An] engrossing, constantly twisting retelling of Oedipus Rex . . . darkly funny” (The Huffington Post).

See How the Pages Developed | Craig Thompson on Facebook 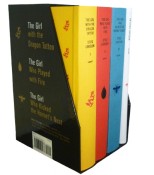 The perfect collectible for the Stieg Larsson fan and the ideal gift for those who have yet to meet Lisbeth Salander, “one of the most fascinating characters in modern genre fiction” (San Francisco Chronicle).

Take a Tour of Salander’s Sweden | Stieg Larsson on Facebook

One of our most admired mystery writers draws the characters of Jane Austen’s Pride and Prejudice into a delicious tale of murder and emotional mayhem. That’s right: James does Austen. Prepare to swoon.

The Forgotten Affairs of Youth
Written by Alexander McCall Smith

The latest delightful installment in the Isabel Dalhousie series set in Scotland.

We All Fall Down
Written by Michael Harvey

In the most audacious page-turner yet from an emerging modern master, Chicago cop turned private investigator Michael Kelly is racing to save his city from a deadly new foe: a biological weapon unleashed underground. “Michael Harvey should be read by all.” —John Grisham

When white collar crime meets $100 million in black money, is there still honor among thieves? “This is thriller fiction at its best.”—Lee Child

The Leopard
Written by Jo Nesbø

The #1 international best-selling thriller from the author of The Snowman. Two young women are found murdered in Oslo and the one man who might be able to help doesn’t want to be found. “Will keep you gripped ’til the last page” (Guardian, UK).

As the city of Siena gears up for its legendary horse race, the FBI contacts Special Agent Ana Grey to investigate the half sister she never knew she had. The calamities pile up, leading Ana to an almost impossible choice between duty and family. “White Shotgun gets the job done as a satisfying thriller, but what’s even more impressive is the crisp, spare writing throughout.” —Los Angeles Times

“Gopnik would surely be the world’s greatest dinner guest; he can make any subject fascinating” (Chicago Tribune), and here he is on family, France, and the true meaning of food in our lives. 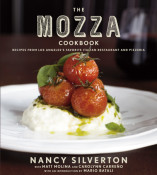 The Neelys’ Celebration Cookbook
Written by Pat and Gina Neely

The Food Network stars share their recipes and secrets for entertaining year-round, with new spins on seasonal classics and more reasons to celebrate! Get the Neelys’ recipes for Christmas dinner.

America’s first lady of Italian cooking takes us on a road trip into the heart of Italian-American cooking today with 175 lovely, lusty recipes. Butter rum cake, anyone?

Check into the Restaurants Highlighted in the Cookbook on Foursquare | Share Your Italian-American Recipe with Lidia | Free Recipe: Wedding Soup

My Song
Written by Harry Belafonte

The inspiring and captivating life story of one of the greatest entertainers of our time—”a man who has packed enough life for 10 people into 84 years” (NPR).

A monumental, definitive biography of one of the finest film actors in the history of the medium” (Kirkus Reviews).

“Actor, director, heartthrob, icon: Michael Feeney Callan unpacks the many roles of the Hollywood legend in this fascinating biography” (Entertainment Weekly). Written with full access to Redford’s personal papers and hundreds of hours of taped interviews.

View a Collection of Photographs from the Book

The story of everything Hemingway loved in life, and lost. “Enthralling” (James Salter, New York Review of Books).

The collected lyrics, comments, anecdotes, and miscellany from “theater’s finest living songwriter” (New York Times). Bringing together Finishing the Hat and Look, I Made a Hat, this is fascinating, devourable, and essential reading for any fan of the theater or this great man’s work. The perfect gift!

“Utterly thrilling, magical . . . John Updike doing that remarkable trick of his in which he functions as a lay professor and speaks with erudition and coherence about an astonishing range of material” (San Francisco Chronicle). Updike’s final major collection of essays and criticism is gossip of the higher order.

Read “The Writer in Winter”

Art Spiegelman re-enters the Pulitzer prize–winning Maus, the modern classic that has altered how we see literature, comics, and the Holocaust.

The national best seller and epic history of the ever-changing city at the center of the world is “impossible to put down” (New York Times Book Review).

A refreshingly candid vision of the “Chinese miracle” and all its consequences, from the singularly invaluable perspective of a writer living in China today.

Back to Work
Written by Bill Clinton

“A reality-based strategy for economic renewal packed with ideas on how to fix America’s job machine” (Washington Post).

A groundbreaking new history of the most momentous biological event since the death of the dinosaurs. “The Columbian Exchange has shaped everything about the modern world . . . If you want to understand why, read 1493” (New York Times).

“It is unquestionably the best single-volume history of WWII ever written” (Sunday Times, UK). “In all ways a monumental achievement” (Washington Post).

Watch the Book Trailer | Join Back to Work on Facebook

A Natural History of the Piano
Written by Stuart Isacoff

A beautifully illustrated, totally engrossing celebration of the piano, and the composers and performers who have made it their own.

Listen to a Spotify Playlist of Fantastic Piano Pieces, Curated by Stuart Isacoff

“Read it. Learn it. Live it.” (Stephen Colbert) A whole new old world, now in paperback.

The Information
Written by James Gleick

A revelatory chronicle and meditation that shows how information has become the modern era’s defining quality. “The Information is to the nature, history and significance of data what the beach is to sand” (New York Times ).

“At once more panoramic and more intimate than most standard accounts, and more inspiring . . . Goodheart turns the lens away from the usual stars of the story [and] explores the more obscure corners of antebellum America.” —The New York Times