Celebrate the Days of Summer Reading 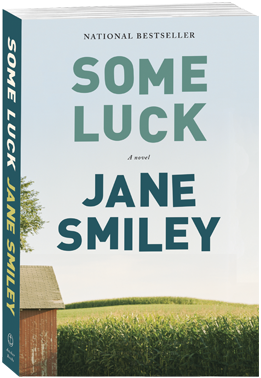 “Intimate…. Miraculous…. Staggering…. A masterpiece in the making.” —USA Today

1920, Denby, Iowa: Rosanna and Walter Langdon have just welcomed their firstborn son, Frank, into their family farm. He will be the oldest of five.

Each chapter in this extraordinary novel covers a single year, encompassing the sweep of history as the Langdons abide by time-honored values and pass them on to their children. with the country on the cusp of enormous social and economic change through the early 1950s, we watch as the personal and the historical merge seamlessly: one moment electricity is just beginning to power the farm, and the next a son is volunteering to fight the Nazis. Later still, a girl we’d seen growing up now has a little girl of her own. 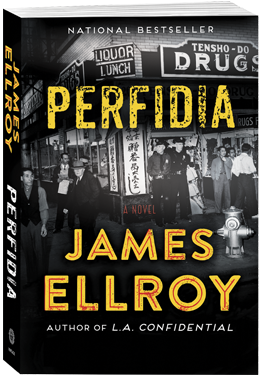 “A powerful roar of a story…. Wickedly elaborate, its plotting brilliant…. Kudos to Ellroy for elevating the crime genre.” —San Francisco Chronicle

An NPR Best Book of the Year

The hellish murder of a Japanese family summons three men and one woman. LAPD captain William H. Parker is superbly gifted, corrosively ambitious, liquored-up, and consumed by dubious ideology. He is bitterly at odds with Sergeant Dudley Smith—Irish émigré, ex-IRA killer, fledgling war profiteer. Hideo Ashida is a police chemist and the only Japanese on the L.A. cop payroll. Kay Lake is a twenty-one-year-old dilettante looking for adventure. The investigation throws them together and rips them apart. The crime becomes a political storm center that brilliantly illuminates these four driven souls—comrades, rivals, lovers, history’s pawns.

Here, Ellroy gives us the party at the edge of the abyss and the precipice of America’s ascendance. Perfidia is that moment, spellbindingly captured. 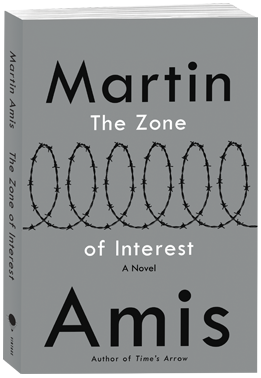 “Powerful and electric…. A book that may stand for years as the triumph of his career.” —NPR

A Best Book of the Year
Time, NPR, The Village Voice, The Miami Herald, BookRiot, and more

“This is a novel that will endure…. A novel whose adventurousness is at the level of its ethical register, its attempt . . . to imagine the unimaginable.” —The Guardian (London)

“A tour de force of sheer verbal virtuosity, and a brilliant, celestially upsetting novel inspired by no less than a profound moral curiosity about human beings.” —Richard Ford

“Signature Amis at his most inventive…. It is precisely through such inspired and irreverent fluency that his dead-serious purpose is realized.” —The Washington Post

“The Zone of Interest harrows in the true sense of the word, churning up our preconceptions and assumptions. It is a work of artistic courage, chilling comedy and incontestable moral seriousness.” —Financial Times 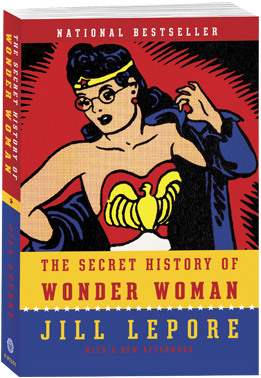 Wonder Woman, created in 1941, on the brink of World War II, is the most popular female superhero of all time. Aside from Superman and Batman, she has lasted the longest and commanded the most vast and wildly passionate following. Like every other superhero, Wonder Woman has a secret identity. Unlike others, she also has a secret history.

In Jill Lepore’s riveting work of historical detection, Wonder Woman’s story provides the missing link in the history of the struggle for women’s rights—a chain of events that begins with the women’s suffrage campaigns of the early 1900s and ends with the troubled place of feminism a century later.

This edition includes a new afterword with fresh revelations based on never before seen letters and photographs from the Marston family’s papers. 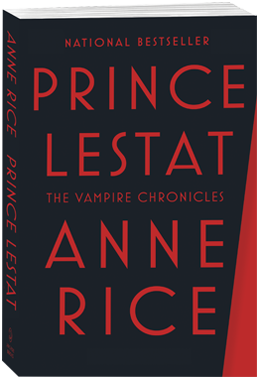 “The thinking-person’s vampire story…. Reads like a house on fire.” —Bookreporter

Old vampires, roused from deep slumber in the earth, are doing the bidding of a Voice commanding that they indiscriminately burn their kin in cities across the globe, from Paris to Mumbai, Hong Kong to San Francisco. Left with little time to spare, a host of familiar characters including Louis de Pointe du Lac, Armand, and even the vampire Lestat, must embark on a journey to discover who—or what—is driving this mysterious being. 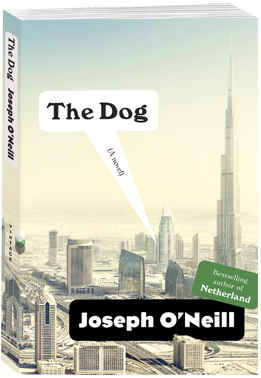 “Brilliant…. A devastating portrait of a man and world stuck in a moral impasse.” —NPR

In this extraordinary, both comic and philosophically profound novel, the acclaimed author of Netherland uncovers the hidden contours of a glittering Middle Eastern city—and the quiet dilemmas of modernity. When our unnamed hero, a self-sabotaging and oddly existential lawyer, finds his life in New York falling apart, he seizes an opportunity to flee to Dubai, taking a mysterious job for a fabulously wealthy Lebanese family. As he struggles with his position as the “family officer” of the capricious Batros brothers, he also struggles with the “doghouse,” a condition of culpability in which he feels trapped, even as he composes endless electronic correspondence—both sent and unsent—in an attempt to find a way out.

An unforgettable fable for our globalized times, The Dog is told with Joseph O’Neill’s hallmark eloquence, empathy, and stylistic mastery.