Media Center: ‘Saints for All Occasions’ by Courtney Sullivan

WHAT: SAINTS FOR ALL OCCASIONS, a novel

WHY: “Quietly devastating…
“On a terrible night in 2009, Nora Rafferty is woken with the news that her eldest son, Patrick, has died in a car crash, likely the result of his own drunken driving. In a haze of grief and rage, she telephones her long-estranged sister—a cloistered nun—and leaves a message informing her of his death.
“Sullivan’s fourth novel is a quietly devastating look at the power a secret, in this case the secret of Patrick himself, can wield over an entire family for generations. The story jumps through time, from the 1957 arrival of sisters Nora and Theresa Flynn from Ireland to the present, each part narrated by a different member of the family, elegantly woven together to form a more complete picture of how the consequences of choices made by Nora and Theresa 50 years earlier came to define not only the two of them but each of Nora’s now-grown children, who love and loathe their mother in equal measure.
“Sullivan once again expertly delivers a messy and complicated family story with sharp yet sympathetic writing.” —Magan Szwarek, BOOKLIST

“An expertly spun family drama.
A tale of regret and nostalgia…Sullivan is a master at making a sideways glance or a revealed detail add to a larger picture.” –KIRKUS REVIEWS 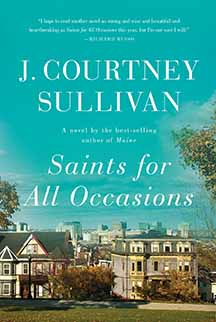