WHAT: THE EARTH IS WEEPING:
The Epic Story of the Indian Wars for the American West

WHY: “Magnificent…a beautifully written work.
“The settlement or ‘conquest’ of the trans-Mississippi West is embedded in our national consciousness, and the military defeat and confinement of the various Indian tribes is an integral part of that epic story.
“Cozzens, who has written extensively on the various Indian wars, offers a magnificent single-volume account of the post–Civil War conflicts that shaped our history and the mythology of the frontier, spanning four decades and ranging from the Great Plains to the Pacific and from Canada to Mexico. In examining the various Indian tribes and subgroupings within them, Cozzens does an admirable job of conveying their complexity and political divisions. We learn, for example, about the disdain many Apaches held for Geronimo as well as the conflict between ‘progressive’ and ‘traditional’ Lakotas as they coped with reservation life. Icons like Custer, Cochise, and Crazy Horse are given their due, but Cozzens also covers less well-known figures and conflicts, including Captain Jack (Kintpuash) and the Modoc War, and the particularly tragic defeat and displacement of the Utes in Colorado. American military leaders, especially generals Crook and Miles, are viewed honestly and sometimes sympathetically, and Indian leaders are treated with equal balance and fairness.
“This is a beautifully written work of understanding and compassion that will be a treasure for both general readers and specialists.”
—Jay Freeman, in a starred review for BOOKLIST

“A sweeping narrative…
Cozzens excels in describing battles and the people who orchestrated and participated in them, expertly weaving in the relevant politics and never shying away from the role racism played in this destructive warfare.” —PUBLISHERS WEEKLY

“A comprehensive assessment of the wars for control of the American West.
This updated account of these 19th-century battles incorporates Native oral history and well as primary documents from army archives. Presenting the battles in chronological order with a single narrative voice, the books offers both historical context and insight.”
—Nathan Bender, LIBRARY JOURNAL 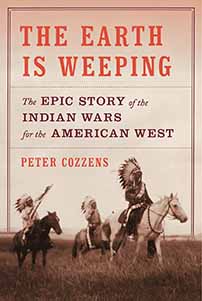