Posts Tagged ‘I Will Be Complete’

‘I Will Be Complete’ by Glen David Gold

WHAT: I WILL BE COMPLETE, a memoir

WHERE: The author grew up in San Francisco and New York, and now lives in Los Angeles.

WHY: “Oozes with the excitement of a life well-lived.
“A novelist and short story writer takes a stab at memoir.’For years I didn’t write this memoir because I wasn’t sure of myself,’ writes Gold near the end. ‘I was waiting for a specific perception to cascade down and surround and I was hoping it would feel like radiance. Oh now I understand why my mother did that. I was waiting for the moment I would be a slightly better person.’
“These perceptions — the author’s clear desire for insightful retrospection — follow Gold throughout the book. He writes searchingly about the tenuous relationship with his mother that he fostered, watched decay, and eventually restored. Systematically, it seems, she loved and demoralized him at the same time. ‘I loved my father but I belonged to my mother,’ writes the author. This feeling of belonging and ownership would eventually come to define him. As he navigated through the hardships of social acclimation at Wesleyan University, in the workforce, and in his romantic life, Gold was constantly seeking a comfortable place in a world constantly in flux.
“But this struggle made him particularly insightful, and he offers consistently interesting takes on a variety of topics, specifically childhood and the process of maturation: ‘I was an anxious kid. I was born with a job. My parents told me they wanted to be parents so they could avoid the mistakes their own parents had made. I think they said this to let me know I was loved, but it made me feel pressure. I was going to have a better childhood. I wasn’t sure what that entailed, but it suggested responsibilities.’
“Gold delivers an engaging work of nonfiction that shows the author in a continuous battle to reconcile axioms with personal truths. As readers accompany him through his tumultuous relationships, unsuccessful jobs, or awkward interactions with his father, most will enjoy the ride. A strong memoir that oozes with the excitement of a life well-lived—and well-analyzed.” –KIRKUS REVIEWS

I think you’re an adult when you can no longer tell your life story over the course of a first date. I might have gotten this idea from my parents, because they reinvented themselves so often. Their stories have
odd turns which speak not of one life, but of many that don’t seem to match up, and of choices you’d think no one would actually make.

When I was twelve years old, I lived by myself for a while. This was the mid-1970s in San Francisco, so the rules were a little different then — and yet not so different that me living alone made much sense. When I describe what happened, people tend to ask, “But how did you end up so—” They dance around the word “normal,” then realize it doesn’t apply, and instead they say, “So nice?” I’m not nice. I’m polite. Nice is a quality and polite is a strategy. But I have ended up happy. Also, I’ve ended up something more unusual than that: autonomous. 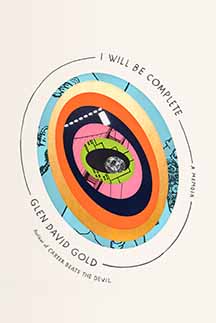