WHAT: STICKY FINGERS:
The Life and Times of Jann Wenner and
Rolling Stone Magazine by Joe Hagan

WHY: “The definitive biography
of Rolling Stone founder Jann Wenner.
“Much like its spiritual cousin Saturday Night Live, Rolling Stone magazine has been a murderers’ row of talent for decades, from the groundbreaking Lester Bangs to the gonzo engine of Hunter S. Thompson to political wunderkind Matt Taibbi.
“Here, former Rolling Stone contributing editor Hagan provides the most complete portrait ever of the man who has firmly gripped the magazine’s helm the whole time, a man whose thumbprint on the American culture was matched only by a vacillating stew of ego and insecurity. For fans, newbies, and journalism junkies alike, the iconic stories are here — e.g., Patti Hearst’s Stockholm syndrome, the assassination of John Lennon, and the combative, brotherly bond between Wenner and Thompson in the latter’s heyday (Wenner’s response to his first meeting with Hunter is priceless: ‘I know I’m supposed to be the youth representative in the culture, but what the fuck is that?’)
“The author also explores the heavily drug-fueled work ethic among Wenner and contemporaries like Annie Leibovitz, Wenner’s infamously combative marriage, and his long, painful struggle with his sexuality. To his credit, Hagan doesn’t trade on his access to his subject’s celebrity friends; when Mick Jagger or Michael Douglas pop up in the narrative, it’s because they’re substantive eyewitnesses to the scene at the time. Working with his subject’s full consent and participation, the author manages to create a far deeper portrait than many readers will expect. 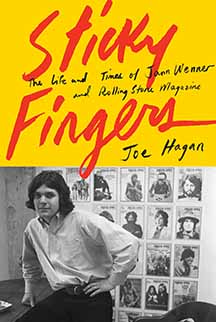 “In capturing Wenner’s legend, Hagan creates a moving portrayal of a complicated, brilliant, flawed man who genuinely moved the needle on American culture. ‘He was the fame maker but also the flame keeper,’ Hagan writes of Wenner’s evolution after Lennon’s death. ‘The success and power of Rolling Stone made him the de facto architect of rock’s cosmology, but it was his attention to the legends that made him the indispensable man.’
“An engaging doorstop of a biography and a lasting legacy for the keeper of rock-‘n’-roll’s watchtower.”
–KIRKUS REVIEWS

“A fascinating biography of a controversial figure and the iconic publication he started.” –June Sawyer, in a starred review for BOOKLIST 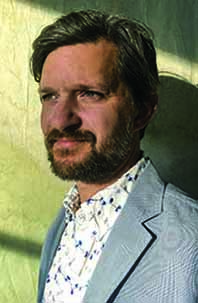