WHAT: AIR TRAFFIC:
A Memoir of Ambition and Manhood in America

WHY: “An engrossing memoir of history and memory.
Pardlo’s work is masterfully personal, with passages that come at you with the urgent force of his powerful convictions. The author manages to distill stereotypes to their very core, providing a genuine and productive exposition of issues of masculinity in the contemporary world.” –KIRKUS REVIEWS

“Pardlo’s boisterous and affectionate memoir tells of a life of alienation, self-destructive behavior, and the search for self.
“Pardlo, a Pulitzer Prize–winning poet, grew up in the New Jersey suburbs, and was 13 when his father lost his job in the 1981 air controllers’ strike. The adolescent Pardlo often engaged in a fierce competition with his father, egged on by his father’s arrogance and pride, that lasted until his father’s death in 2015. Pardlo was a mediocre high school student, and after he graduated he escaped his father by joining the Marine Corps.
“The next step of his rebellion happened when he met a Danish woman named Maya, who became his first wife; they moved to Copenhagen, where he enrolled in the University of Copenhagen, dropped out, moved back the New Jersey, became a bar manager, and began drinking. Eventually, he finished college and met and married a woman named Ginger, and they became parents; it was then that Pardlo began to contemplate the stresses and challenges that his own father must have faced raising him.
“Pardlo’s memoir powerfully illustrates one man’s attempt to reconcile the ways that family dynamics influence and infiltrate people’s lives.” –PUBLISHERS WEEKLY

By some concoction of sugar, prescription painkillers, rancor, and cocaine, my father, Gregory Pardlo, Sr., began killing himself after my parents separated in 2007. He measured his health and lifestyle against his will to live, and determined he had ten years left in the tank. Though he did “fuck up and live past sixty-five,” as he was afraid he might, he was only a year over budget. He lived his last years like a child with a handful of tokens at an arcade near closing time. Those tokens included: access to credit, the patience and generosity of his family and friends, and any saleable assets (including, possibly, the titanium urn that contained his mother’s ashes, mysteriously missing from the one-bedroom Las Vegas apartment where he chose to fizzle out). These resources had to be exhausted. He didn’t want to endure penury, but neither would he ever “leave money on the table,” as he often put it. 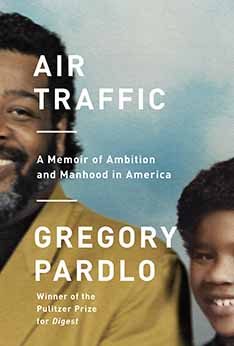