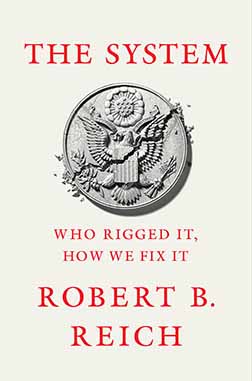 Tags: Knopf, Robert B. Reich, Robert Reich, System, The System, Who Rigged It How We Fix It
Posted in Media Center, Not on Homepage | Comments Off on ‘The System’ by Robert Reich