WHAT: TWENTIETH-CENTURY BOY:
Notebooks of the Seventies

WHY: “An exuberant chronicle.
“Composed from journals that Duncan Hannah kept between 1970 and 1981, this book reads like a modern Rake’s Progress, beginning with Hannah’s years at Bard College and following his move to Manhattan in 1973. Hannah writes candidly about his drug- and drink-fueled adventures, and he captures the kaleidoscopic swirl of the avant-garde art scene into which he immediately immersed himself. He hung out with Patti Smith, glam rockers, punk musicians, and members of Warhol’s Factory, and he writes about it all with a youthful wistfulness, observing, ‘I get the feeling from this society that New York takes care of its own, that all these eccentric characters have found a niche no other city would have provided for them.’ He punctuates each journal with lists of books to read, movies to see, and music to hear that are as much a time capsule of the era as the celebrities, clubs, and concerts whose names he drops throughout.” –PUBLISHERS WEEKLY

“An intensely personal and engrossing portrait of a bygone era.”
–KIRKUS REVIEWS

This is not a memoir. These are journals, begun in 1970, at the age of seventeen, written as it happened, filled with youthful indiscre- tions. They have occupied a couple of shelves in my library for the past forty years. I think I initially kept a journal because I didn’t like the feeling of time slipping through my fingers, and this was a way of arresting it. Writing was a way of self-mythologizing, so I could get a grasp on who I, and my friends, might be. I read a lot and wanted to emulate what I was reading. I was under the spell of Kerouac. The early journals were filled with a lot of stream–of-consciousness writing (which I have edited out—terrible mumbo-jumbo), exacerbated by the drugs I was taking. I’m fortunate I jotted down a lot of dialogue and bits of detail, because these would have left my memory. Anyhow, it’s all as I saw it. 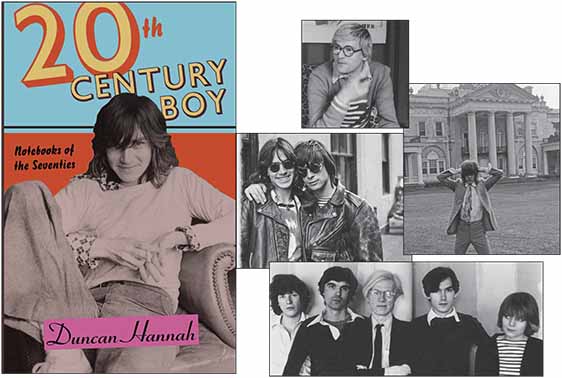