The most anticipated movie of the year—Fifty Shades of Grey, based on E L James’s #1 New York Times bestselling novel—hits theaters on February 13. We’re celebrating the release with a special sweepstakes: 10 lucky winners will get a copy of the movie tie-in edition of Fifty Shades of Grey signed by E L James, plus an exclusive button carrying Mr. Grey’s signature line “Laters, baby.” 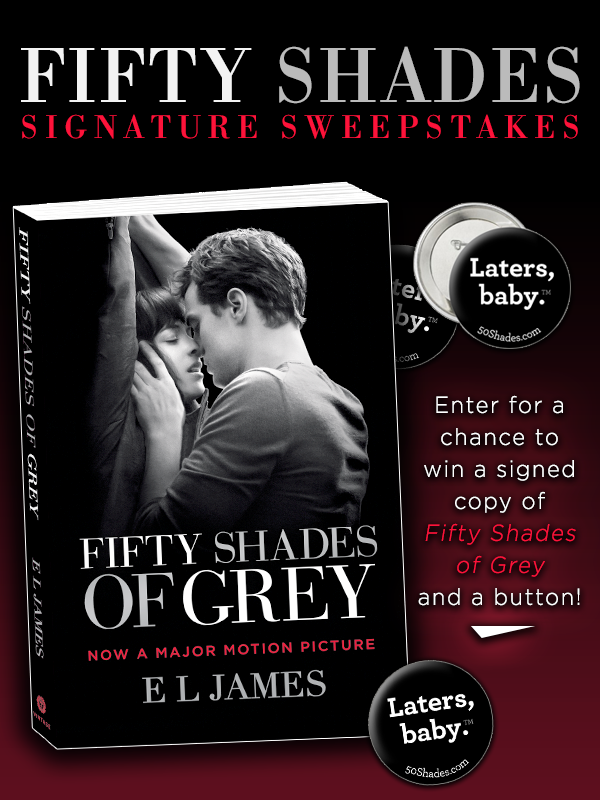 Fifty Shades of Grey has captivated the hearts and inspired the fantasies of myriads of readers, selling more than 100 million copies worldwide. With director Sam Taylor-Johnson at the helm, Jamie Dornan and Dakota Johnson starring as the romantic duo, and the official soundtrack featuring performers such as Beyoncé and The Rolling Stones, the movie adaptation promises to be an equally unforgettable experience.

Don’t miss your chance to win a signed copy of the novel, and catch the electrifying new movie trailer, which debuted during the Super Bowl.