Posts Tagged ‘The Girl Who Kicked the Hornet’s Nest’

Media Center: Title and Cover Revealed for Next Novel in the Continuation of Stieg Larsson’s Millennium Series

SHE’S BACK: TITLE AND COVER REVEALED FOR BOOK IV IN THE CONTINUINATION OF STIEG LARSSON’S MILLENNIUM SERIES BY SWEDISH AUTHOR DAVID LAGERCRANTZ

NEW YORK 2015-03-31 – The worldwide number-one bestselling Millennium series of novels – which was launched in the U.S. in 2008 with Stieg Larsson’s The Girl with the Dragon Tattoo and was followed by The Girl Who Played with Fire and The Girl Who Kicked the Hornet’s Nest in 2009 and 2010, continues September 1st with the publication of book four in the series, David Lagercrantz’s The Girl in the Spider’s Web. The announcement of the title and revealing of the cover (above) was made today by Sonny Mehta, Editor-in-Chief of Alfred A. Knopf, in concert with Millennium publishers around the world.

The Girl in the Spider’s Web is the fourth book in the Millennium series, and reintroduces readers to two of the most iconic protagonists in contemporary fiction, Lisbeth Salander and Mikael Blomkvist. “Stieg Larsson was a master at creating complex narratives,” said David Lagercrantz, “narratives made all the more forceful because of the journalistic authority with which they were originally written. That was something that informed my approach to book four, and I’m confident Millennium readers will identify with the storylines in Spider’s Web.” The storylines, of course, include hacking and corruption, but Lagercrantz suggests “there are some surprises in store for readers as well, including the introduction of Silicon Valley as a locale and a character from the National Security Agency in a central role. There are even symbols and code.” In retrospect, admits Lagercrantz, “this is some of the hardest and most rewarding work I’ve done as a writer.”

“David Lagercrantz’s familiarity and understanding of Stieg’s work as a journalist, coupled with his appreciation Stieg’s work as a novelist, made him the perfect candidate to continue working on the Millennium series, and it is evident on every page of this extraordinary thriller,” said Mehta. “The Girl in the Spider’s Web is as good as its predecessors and uniquely of the moment,” said Mehta. “I know readers are going to be thrilled when they are reacquainted with both Lisbeth and Mikael in one of the most compelling Millennium novels to date.” 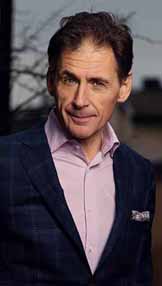 David Lagercrantz (at left) was selected by both the Larsson estate and his publisher in Sweden (Norstedts) to continue working on the Millennium series. Lagercrantz studied philosophy and religion and is a graduate of the School of Journalism in Gothenburg. He worked as a crime reporter for Expressen until 1993, covering some of the biggest crime stories in Sweden, including the Amsele triple murder in 1988. He has written several novels, including the forthcoming Fall of Man in Wilmslow, and worked with Swedish football star Zlatan Ibrahimovic on his memoir, which broke sales records in Sweden and throughout Europe, and was later shortlisted for the William Hill Sports Book of the Year award and nominated for the August Prize in Sweden.

Peter Mendelsund, who created the iconic covers for the U.S. versions of the first three books, has designed the cover for Spider’s Web as well. “Since the publication of The Girl with the Dragon Tattoo, we at Knopf have worked towards establishing a unique visual brand for the Millennium series – a unique visual brand for a truly unique series of thrillers. We’ve carried this thinking forward in creating our cover for The Girl in the Spider’s Web, drawing on features from the first three jackets, while making subtle updates appropriate to this installment’s exciting new plot elements.” 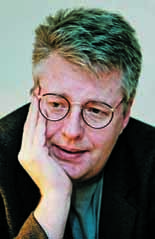 The Millennium novels by Stieg Larsson (at left) have sold over 80 million copies around the world since their initial publication (over 25 million of those copies in the U.S.). As with its predecessors, The Girl in the Spider’s Web will be published simultaneously in twenty-five countries around the world, with a cumulative first printing in the millions (the first printing in the U.S is 500,000 copies).

Alfred A. Knopf is the flagship imprint of the Knopf Doubleday Publishing Group, which is a division of Penguin Random House, Inc., whose parent company is Bertelsmann AG, the international media company. For more information about Alfred A. Knopf, visit http://www.aaknopf.com