WHAT: ORDINARY LIGHT, a memoir

WHERE: The author lives in Princeton.

WHY: “A gracefully nuanced yet strikingly candid memoir about family, faith, race, and literature.”
—Donna Seaman, in a starred review for BOOKLIST

“A daughter’s journey to claim her identity.
“Pulitzer Prize-winning poet Smith grew up in Fairfield, California, a solidly middle-class suburb, with four older siblings and doting, supportive parents. After a career as an Army engineer, her father worked in Silicon Valley; her mother, a former teacher, was a devoted member of the First Baptist Church. Sheltered by her community and family, Smith had little sense of her black identity until she spent two ‘sweltering and long’ weeks visiting relatives in Alabama.
“Her grandmother, she learned, still cleaned for a white family; her own house smelled of ‘cooking gas, pork fat, tobacco juice, and cane syrup.’ Suddenly, Smith was confronted with a new image of her parents’ Southern roots, and it frightened her. Back in California, though, that visit receded into memory as she excelled in school, had a chaste epistolary love affair with a teacher and racked up achievements for her college applications. Teachers encouraged her, including one who remarked that as an African-American woman, she should ‘take advantage of the opportunities that will bring you.’ Smith resented the idea that her success would be based on anything other than her own talents, but when she was accepted at Harvard, the comment gnawed at her.
“Besides being a candid, gracefully written account of dawning black consciousness, Smith’s memoir probes her relationship with her mother, whose death from cancer brackets the narrative. The author’s drive to leave Fairfield was fueled by her ‘urgent, desperate’ need to separate herself from her mother; in college, she became militantly black, ‘caught up in the conversation about Identity’ and judgmental about her mother’s beliefs.” —KIRKUS REVIEWS

“A nuanced memoir with a quiet emotional power.” —PUBLISHERS WEEKLY 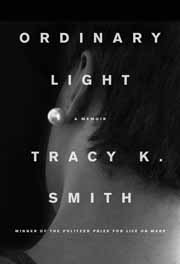 From the beginning of the book: The hallway leading to my parents’ bedroom was lined with oak bookshelves my father built. Simple, sturdy work upon which stretched decades’ worth of school-bus-yellow National Geographic magazines, and the stern brown spines of the Encyclopedia Britannica dating from before my birth. On a low shelf there was a frayed blue-and-green twelve-volume set of nursery rhymes and children’s tales called My Book House in which my sister Jean had written her name over and over in large, teetering letters. It was an antique from the 1940s, and in one of the early volumes there was a story called “Little Black Sambo.” Sambo was depicted as a dark-skinned pickaninny running around the bush of Africa. My parents laughed at the story in the way people laugh about something that was once incendiary but has since run out of force, and yet I gathered that that particular laughter also had something to do with why we never, ever ate at the restaurant in our town called Sambo’s.