Included in the selections are works from a star-studded and diverse roster of authors, including winners of the Nobel Prize, the Pulitzer Prize, the National Book Award, the National Book Critics Circle Award, and the Man Booker Prize. Plus, the program features never-before-published stories from writers including Maeve Binchy, Tim Gautreaux, and Alexander McCall Smith. The new titles are: 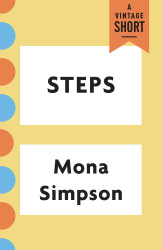 From the acclaimed author, a mesmerizing story of family’s lasting ties and the devastating, murky legacies of divorce, of husbands, stepfathers, of childhood hurt, and blended families.

When Julie, a mildly famous actress in her forties, receives a phone call telling her that her one-time stepfather Bruce is dying of cancer, she agrees to finally face the man who had once violated her, and visit him and his newest family in Virginia Beach. Read More> 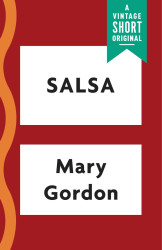 Brave, intelligent, fierce—eighteen-year-old Silvia knows how to handle men. When she discovered that her Salsa-dancing father’s been hiding an affair, she threw him out of the apartment she shared with her mother and changed the locks. But, Will is just so unlike the men that Silvia has known. He is privileged, irritating, and handsome. He wears disheveled clothes, never washes his tub, almost never eats sugar, and talks about faith and love. When Silvia falls ill, he takes gentle care of her until she recovers. And, when she gets an invitation to her father’s 50th birthday, Will urges her to go and offer a second chance to the one man she swore she would never forgive. Read More>

With over sixty selections, it can be overwhelming to know where to begin reading. Lucky for you, we’re created a quiz to tell you exactly which short story you should read right now! Click here or on the image below to start the quiz.